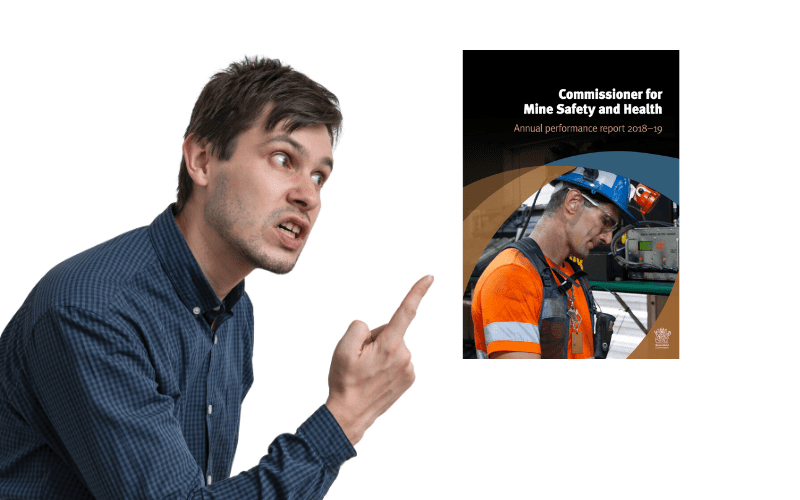 OPINION The Queensland Mine Safety Commissioner has released Queensland’s scorecard for 2018–19 on mining safety this week. Any way you look at it, it’s fundamentally a scorecard written in the blood of Queensland mine workers and one that Queensland Government and public should be ashamed of.

The Commissioner for Mine Safety and Health – Annual Performance Report 2018-2019 tabled in the Queensland Parliament yesterday is a snapshot of both the Commissioner Kate Dupreez’s activities, but more importantly, the activities of the mine safety regulator that ultimately should contribute to safer workplaces for Queensland’s miners.

2018-2019 will go down as one of the most tragic periods for mineworkers in recent years. With five deaths and a range of significant incidents in the mining industry during the 2018-2019 financial year, it arguably one of the Queensland mining industry’s most notable ‘safety fails’ that the state has seen.

Interestingly, Ms Dupreez stated in her report “These deaths have caused considerable reflection and contemplation within the industry about what it means to say safety is our number one priority. Are we doing enough to protect workers? Has our mining and quarrying safety and health legislation kept up with the rapid changes in the industry and technologies that we use? Is our safety and health culture appropriate? Do we have the capacity and commitment to continue to improve safety and health standards in our mines and quarries?”

She added “The reality is that safety and health outcomes in the industry have plateaued and, in some measures, have started to show signs of reversing momentum. The frequency rate of serious accidents experienced in our mines has increased every year for the past five years from 0.59 serious accidents per million hours worked in 2014–15 to 1.02 in 2018–19”

Ms Dupreez’s report details a range of performance measures in respect of mine safety across the State of Queensland. Sadly, amongst the 50 pages of the report, there is a myriad of failures that seemingly reflect that the Queensland Government had lost control of the regulation of mining safety in the industry.

Despite Ms Dupreez’s attempts to sugarcoat the actions of the Queensland Government’s mine safety regulator, most performance measures indicate that the safety of Queensland miners is one that is in dire need of further investigation and corrective action.

Regulatory activities were largely down with the regulator focusing on the fallout from Black Lung and the North Goonyella Mine Fire.

In the midst of the mining industry in safety chaos there were six prosecutions placed before the courts.

While there is no denying that the Queensland mining safety branch did perform a range of activities that resulted in positive outcomes including of its’ health surveillance regime for dust lung diseases, a mine emergency exercise, stakeholder engagement and a small miners handbook they pale into insignificance against the backdrop of fatalities, injuries and illnesses occurring in the industry.

The result is simply not good enough!

Future of Queensland mine safety

Ms Dupreez says that there are a range of challenges for the future of mine safety in the state including:

But more importantly, she highlights what she perceives is the key challenge ahead for the mining safety regulator stating “the biggest challenges for the inspectorate in 2019–20 will be preparing for the possible transition from a division of the Department of Natural Resources, Mines and Energy into an independent statutory authority. The change will require a great deal of work, communication and consultation to ensure the transition goes as smoothly as possible for industry and for the staff of the inspectorate.“

Dismal state of mine safety in Queensland

This report and the subsequent range of incidents that have occurred since the beginning of the last financial year makes me worry about the safety of mineworkers in this state.

Regulation clearly won’t fix it, patting our selves on the back won’t fix it, Ms Dupreez didn’t fix it and most certainly safety resets wont fix it.

If the regulator’s attention is diverted into a transition from the Department of Natural Resources and Mines and Energy to the new Resources Safety & Health regulator, we’ll no doubt see more mineworkers sick, injured and killed as we look to the future.

To use an analogy, if we had a lot of speeding on our roads, we wouldn’t implement a restructure on the Police force or divert their attention to policing ‘bald tyres’….would we? We’d put more Police on the roads and supplement them with the equipment and technology to address the speeding issue swiftly.

I’m afraid that the future of mining safety looks bleak in Queensland and those at the helm have totally lost their way.

You can read the full Mine Safety Commissioner’s report here 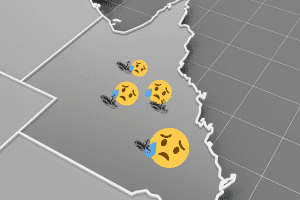 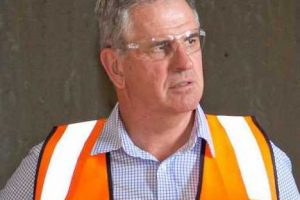