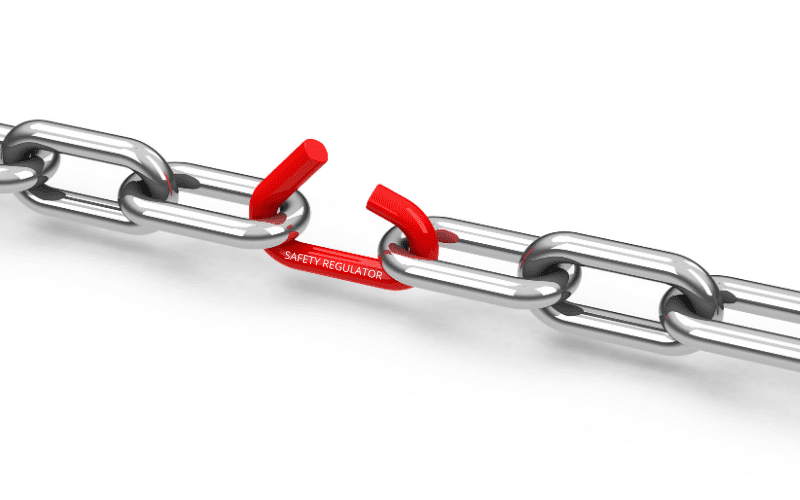 The claim comes from the Independent Government Auditor, the (Queensland Audit Office) following an extensive investigation into the implementation of the scheme that supports the respiratory health of coal workers across the State.

The auditor found in the ‘Addressing Mine Dust Disease’ report tabled in Parliament last week that since July 2018, DNRME has reported publicly that the government has implemented all the Monash review recommendations when, in fact, many of the important recommendations were not completed or only partially completed.

The auditor stated in its report that “DNRME has reiterated the view that it has delivered and/or implemented all Monash review recommendations throughout this audit. This is despite DNRME’s documented advice to government that some initiatives, such as its integrated information management system and chest x-ray audit program, will not be completed until 2020 to 2022”

The Queensland Audit Office also found that the Commissioner for Mine Safety and Health has also reported in her annual performance report to the government that DNRME has fully implemented the recommendations.

“Despite this, DNRME and the Commissioner for Mine Safety and Health have relied on multiple definitions of ‘delivered’, ‘actioned’ and ‘implemented’ from these consultant reports to report internally and publicly on status” the audit report found.

The Queensland Government has reportedly expended $35 million and thousands of employee hours to implement a range of report recommendations on the management of dust disease including Coal Workers Pneumoconiosis in Queensland over the last three years. Those reports made a number of important recommendations on methods to help control the emerging issues of coal worker dust diseases and black lung.

Back in 2016, the Queensland Government commissioned a review of respiratory component of the Coal Mine Workers’ Health Scheme for the Queensland Department of Natural Resources and Mines. Following the review, a report was issued in July 2016. The report was completed by the Monash Centre for Occupational and Environmental Health School of Public Health & Preventive Medicine and the School of Public Health University of Illinois at Chicago. That review revealed major system failures at ‘virtually all levels of the design and operation of the respiratory component’ of the Queensland health assessment scheme for workers.

The Department and Commissioner for Mine Safety and Health have highlighted publically that the Monash Report recommendations have been completed.

Queensland Government uses a consultant to water down the facts

In 2018, The Queensland Department of Natural Resources and Mines commissioned consultants to conduct two external reviews to assess the status of the Monash review and the CWP Select Committee report recommendations.

But the auditors noted that the consultants brief was potentially watered down through the Department requesting the consultants to consider ‘whether the intent of recommendations had been met through planned actions, rather than whether action had been completed’ The auditor found that one consultant’s report redefined the intent of the Monash review recommendations to match the actions that DNRME had already taken.

The range of outstanding actions from the Monash report and the Coal Workers’ Pneumoconiosis Select Committee Report No. 2 is extensive despite claims that the Queensland mine safety regulator and the Queensland Government has the dust disease matter under control.

Specific significant failures identified by the auditor in respect of the Monash review recommendations included (Note not all are included below – see links to report at the bottom of this article).

The Monash report said “Doctors should undergo a formal training program, including visits to mine sites, prior to being approved by the DNRME, to ensure they reach a suitable standard of competence and have the necessary experience to undertake respiratory health assessments under the scheme”

Dissemination of information in relating to dust disease

Monash said, “DNRME should conduct ongoing individual and group surveillance of health data collected under the scheme, to detect early CMDLD and analyse trends to disseminate to employers, unions and coal mine workers.”

Engagement of a Specialist Medical Expert within the Department

Monash recommended that an Executive Director – Medical Services should be engaged by the Mine Safety and Health Authority on a full-time basis and remunerated at a rate that is equivalent to a specialist of similar standing and responsibility employed by Queensland Health or a Queensland Hospital and Health Service.

The Department has stated that this was implemented in March 2019 but the auditor found no such implementation.

Monash Recommendation 23 stated that the Mine Safety and Health Authority should establish and maintain a database of dust techniques and technologies used in Queensland coal mines to be used for auditing purposes and to inform research and analysis into the efficacy of engineering dust controls.

The Department said implemented. The Auditor found this has only been partially implemented

The Monash review recommended that the Mines Inspectorate should increase the proportion of unannounced inspections to a rate of at least 50 per cent of total inspections. In March the Department reported as completed.

The auditor found not implemented at all.

Mines inspectors undertaking inspection at past places of employment

The Monash review recommended that Mines inspectors should be prohibited for a limited period – perhaps six months – from inspecting mines at which they worked within the past two years. Regulation should prohibit a person from being appointed to a statutory role at a mine (e.g. SSE, Underground Mine Manager, OCE) within six months of the person having conducted inspection activities as an inspector at that mine.

The Department indicated that it had accepted the recommendation in 2017 and the Department had notified that the matter was actioned to the auditor in March 2019.

The auditor found the action had not been implemented.

Monash recommended that “All underground coal mine workers should be required to undertake a health assessment every three years.” The Government reported review was necessary but the Department reported in March 2019 that the action was complete.

The auditor found that the recommendation had not been accepted or implemented.

Where to from here? Restoring confidence in a troubled mine safety regulator

While the audit report also indicated progress has been made in the management of dust disease in Queensland, the report has also shone a light on public misinformation from Queensland Government and the Queensland Mine Safety regulatory authority, including that of the Commissioner for Mine Safety, on the actual status of actions to control dust disease.

The Queensland Audit Office report highlights systemic failure in recent mine safety reporting in Queensland. More alarmingly it highlights breaches of trust in the Queensland Mine Safety Regulator in the provision of accurate and transparent public information.

The implication for mining safety in the state is not only important to public policy but critical to preventing the debilitating conditions of dust disease in mining. There is clearly significantly more work that must be done by the Queensland Department of Natural Resources and Mines to fully implement the Monash review recommendations.

Of course, the question on the minds of many Queensland mineworkers is “how did it come this far without Government intervention? …that’s another expose’ for another time.

You can read the full Audit Report here

You can also read an opinion about Queensland Mine Safety here