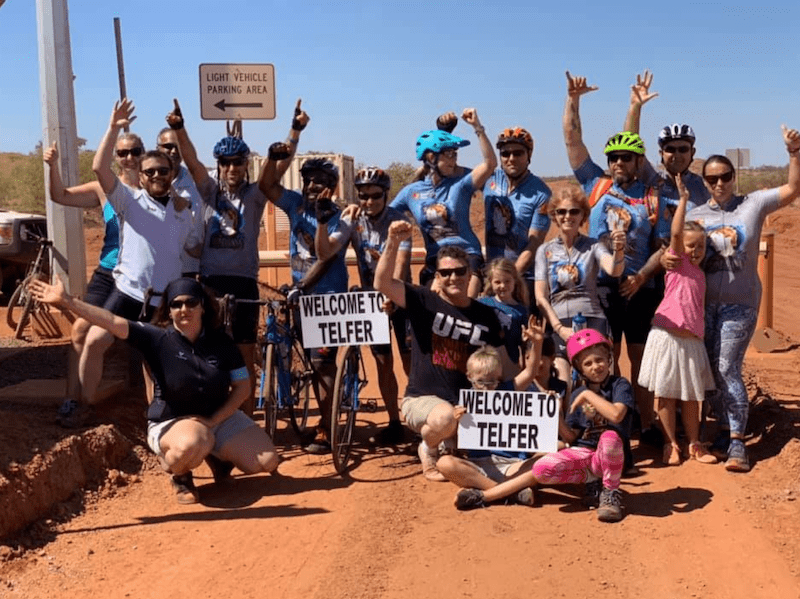 Mine workers and the family of a miner who took his life at Telfer mine have ridden from Newcrest headquarters to Perth for mental health awareness and in memory of their mate Mick Van Duren.

The MVD cycling relay event covered 2246 km from Perth to the Telfer mine. Six riders cycled 50 km each per days as part of the relay event and raised more than $80K for Beyond Blue and WACA’s integrated cricket program.

The miners planned the ride shortly after the funeral of Mick Van Duren last October.

Mr Van Duren’s friend Ben O’Callaghan told the West Australian “We didn’t know what at that stage but we wanted to do something, make it big and make a statement, not only for Mick but also for mental health”

“It’s been massive for our family it was incredibly overwhelming to firstly get that call and to see what’s been done afterwards,” he said.

Mr O’Callaghan said the outpouring of support from the community was overwhelming and that he never expected it to get this big.

He said the ride had been gruelling, from facing 38C days riding, to trying to sleep in humid conditions at night.

“It’s a good analogy for it because mental health is tough and you’ve got to get through those parts and for us it’s whatever it takes to be able to get through it” He said.

Mr O’Callaghan urged people to reach out to those around them that might be suffering.