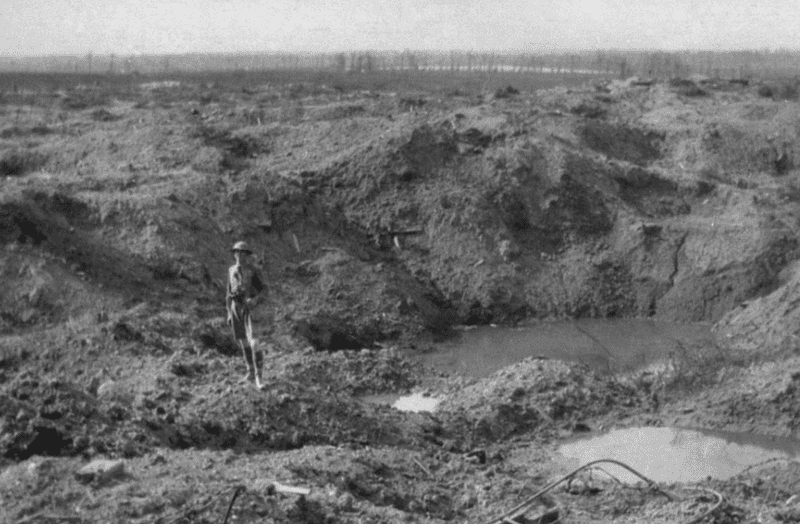 Miners have made a significant contribution to the nation in the form of wealth but many of us have not yet realised the contribution of miners to the war efforts of the past. Australian miners played many critical roles in wartime operations of the past one hundred or so years. Specialist military units were established specifically including a proportion of members from the mining industry based on their capacity to work in disciplined and treacherous conditions. Their job was seemingly simple but highly dangerous. ‘To tunnel underneath the enemy lines and blow them up.’

The beginning of miners at war

In August 1915, the Australian geologist and Antarctic explorer Edgeworth David, after reading reports about mining operations and tunnelling during the Gallipoli Campaign, along with Professor Ernest Skeats, a professor at the University of Melbourne, had already written a proposal to George Pearce, the Australian Defence Minister, suggesting that the government raise a military force to undertake mining and tunnelling operations.

After the proposal was accepted, David used his advocacy and organisational abilities to set up the Australian Mining Corps, and on 25 October 1915 he was appointed as a major, at the age of 57.The first contingent of the corps consisted of 1,300 officers and men that were initially organised into two battalions before being reorganised into the units listed below:

The first three of these units were tunnelling companies, while the Electrical Mechanical Boring and Mining Company was tasked with carrying out related repairs. The four mining units formed by the Royal Australian Engineers for the British Expeditionary Force departed Australia for the United Kingdom in February 1916, became fully operational by March 1916, and arrived on the Western Front in May 1916. After May 1916, the four constituent companies of the Australian Mining Corps were deployed directly as part of the tunnelling companies of the Royal Engineers.

‘Gentlemen, we may not make history tomorrow, but we shall certainly change the geography.’

British General Charles Harington uttered these words as tunnelling units beneath German lines were about to undertake one of the largest non-nuclear explosions of all time and it was to be the work of miners and tunnellers who would support this.

Miners at war the ‘Subterranean soldiers’

Service records indicate Australia’s ‘subterranean soldiers’ came from mining towns such as Mount Morgan, Gympie and Charters Towers.  The work of the miners was to reinforce the British in tunnelling operations, including Hill 60, a strategic point near Ypres, Belgium.

Hill 60 had been captured by the Germans during the First Battle of Ypres in 1914. The British attacked a year later, unsuccessfully, and the Hill remained in German hands until the Battle of Messines in 1917.

The miners studied soundwaves through the earth and worked in quicksand, chalk and clay. Conditions were cold, cramped and often waterlogged, with a high rate of ‘trench foot’.

A team of three rotated in shifts and typically included a ‘kicker’ lying on a 45-degree angle at the face, a ‘bagger’ who filled sandbags, and a ‘trammer’ who removed overburden on a trolley and returned with timber.

The miners had to sit still and quietly, listening for the slightest sound from enemy tunnellers. Voices or scraping of a shovel could mean a hostile team was nearby.

Their role was vital, detonating huge mines more than 17 metres beneath German strongpoints. In total, the British tunnelling units detonated 750 mines along the 160km of their frontline and the Germans responded with 700.

June 1917 proved to be the Australians’ finest hour. They exploded 19 mines at Hill 60 with devastating effect and an impact that, some said, was felt in London.

The Battle of Messines was considered a British success that greatly boosted morale among the Allies. The cost was high: 25,000 German soldiers and 17,000 Allied troops. For many years, Australia’s military miners who fought a ‘phantom war’ underground were forgotten.

Their tale was taken to a broader audience in 2010 with the film, Beneath Hill 60 (See video below), and it is told at the Australian Remembrance Trail along the Western Front site, Plugstreet 14-18 Esperience in Ploegsteert, Belgium.

You can watch Beneath Hill 6o at SBS On Demand.