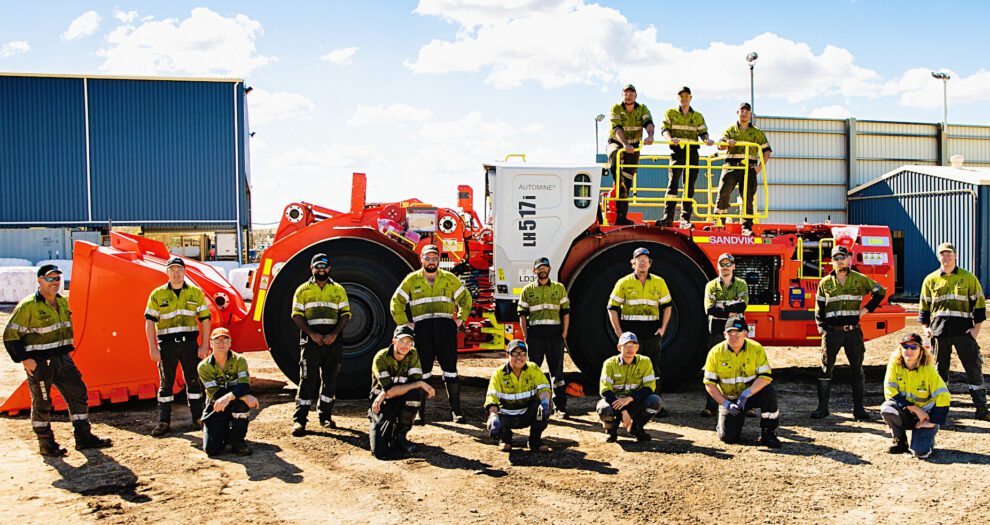 A multinational resources company significantly eliminated down time with the help of autonomous technology in Queensland’s Gulf Country region.

Glencore confirmed its fleet of loaders can operate “around the clock” and remove mine workers from “hazardous” work environments at the George Fisher Mine, 20km north of Mount Isa.

The proponent recently procured Sandvik Mining and Rock Solutions to supply and install a new AutoMine solution, which lets each operator safety control up to three machines at once. Six Sandvik LH517i underground loaders have already been rolled out for load and dump cycles at the mine. Human operators only need to control them at the stope from the comfort of a trailer, van or remote control room.

“Our operators are only in control of the machine when they are mucking from the stope,” mine manager Rebecca Roper said in a public statement.

“Automation on the LH517i allows for multiple machines operated by one person, so it definitely has increased productivity,” he said.

Affected employees have already received comprehensive training and been redeployed.

“What we always offer on AutoMine products is the online learning portal and then we also utilised the AutoMine simulator, which is our latest training offering,” Sandvik technical support manager, automation Tommi Rautio said.

Glencore previously awarded a $249 million contract for Sandvik to supply drills, loaders and trucks to multiple mines across Queensland and New South Wales.