AMSJ » The myth of the error-free future

[hr]I WAS PERFECT, THEN I FOUND OUT I WAS WRONG
Imagine you’re doing any of the following activities: typing, cooking, reading, writing, shopping, or driving. Now, think about how often you make an error doing these things. Your answer isn’t going to be always, but my question is: do you manage to do these things without ever making an error?[hr]

TO ERR IS HUMAN
My guess would be that regardless of how much experience or skill you may have doing these things, you still make mistakes. Why is this? Well, you’re just fallible. In truth, Rene Amalberti has looked at work done on human error and identified that in fact, we make many mistakes. Maybe up to 10 per hour when we are just being ourselves under a normal cognitive load. It’s OK though, because that’s part of being human.

RIGHT, WELL THOSE ERRORS WILL HAVE TO GO
Knowing that humans are fallible and make errors, it isn’t illogical to want, within the field of safety, to reduce and even eliminate errors.

It’s just common sense – surely eliminating errors will reduce accidents? Aren’t we told that some huge percentage of incidents are due to human error? Well, I don’t think this approach is helping at all.

THE TWO PROBLEMS WITH AN ERROR FREE FUTURE
Here are the guts of the issue: first, the concept of a future where we don’t make any errors is a fallacy, and yet we currently have policies based on that very idea; second, research tells us there is no correlation between the number of errors we make and the number of accidents that occur.

ZERO HARM EQUALS NO ERRORS…
Think again about your everyday activities. Can you imagine yourself doing those things in the future without ever making an error again? I can’t. I can’t even keep up with the number of errors I make just writing an article like this (and that doesn’t include repeatedly missing my deadline).

But how does this relate to Zero Harm? The concept of Zero Harm is about promoting and adopting the belief that all incidents are preventable. This is supposed to motivate the workforce to improve safety. It means we need to believe in a future where errors aren’t made. See the conflict? To believe that all incidents are preventable means you believe you and everyone else can live in an error-free world. 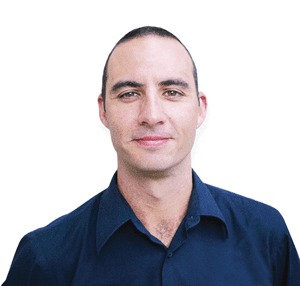 DEMAND DECREASES ERROR DETECTION
Amalberti has summarised research findings in this area: at normal cognitive load, we make a few errors but detect nearly all of them (and those that creep through tend to be less catastrophic). This might equate to when you are driving under normal conditions – you are able to monitor almost everything, and if you miss a turn-off, you can easily detect and correct it.

Under increased cognitive load you will make fewer errors because you are more attentive, but those you do make are harder for you to detect, and those that now creep through tend to be more catastrophic. For example, driving while talking on a phone – you may have a heightened sense of awareness, but there is a greater chance that a critical error, like not turning on your lights on at dusk, or missing a car in your blindspot, will go unnoticed.

WHAT DOES THIS MEAN FOR ERRORS?
While traditional safety efforts seem very focused on error elimination, we are simultaneously adding to the cognitive load of workers – never have there been more procedures and checklists to be completed in less time with fewer resources. Workers will do their best to deal with increased load by making unconscious compromises, but we know from research that this decreases error detection and increases the risk of an accident.

FINAL WORD
Zero Harm is an impossibility that ignores reality and human fallibility. To add to our challenge, so much of our safety effort is aimed at error reduction. We require workers to follow procedures, do risk assessments, use checklists, attend toolbox talks, and do their job. These tasks aimed at reducing errors increase cognitive load, which the research says increases the likelihood of an accident. Let’s stop focusing on reducing human error, and talk about creating resilient workers.

“While traditional safety efforts seem very focused on error elimination, we are simultaneously adding to the cognitive load of workers – never have there been more procedures and checklists to be completed in less time with fewer resources.”