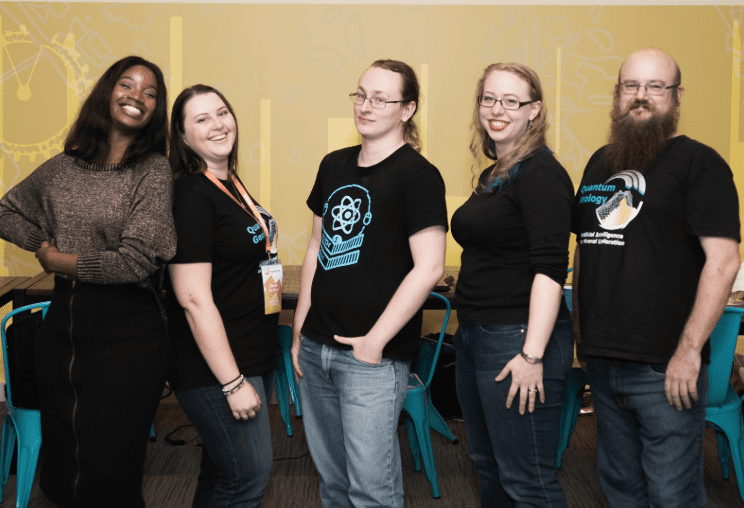 Brisbane-based analytics and technology company Orefox is attracting a range of investors after securing its fourth client to analyse geological data in identifying possible mineral deposits.

A West Australian ASX-listed gold producer and explorer is the latest company to use Orefox’s hybrid artificial intelligence capability to analyse geological data and then collate patterns in that data.

Orefox is the company commercialising the research undertaken by Quantum Geology on Artificial Intelligence and deep learning in driving ore discoveries.  In 2018 began working with Mining Projects Accelerator (MPX) in assessing data identification of drill targets on prospective gold and copper targets in Australia.

He said that they are currently focused on gold but also researching the application of their artificial intelligence to copper and other mineral deposits.

“We’re driven by discovery and the desire to make exploration more successful across the board,” Anderson said.

“Four to 4.5 billion dollars is being spent annually on gold exploration globally with explorers having less than a one per cent chance of success.

“If you look forward, in the next 15 years if Australia wants to stay the number two gold producer in the world behind China, then fifty per cent of the gold mines that we need to mine haven’t been discovered yet.

“It can take on average 13 years from discovery to mining and I don’t think there is a strong correlation on money spent and success.

“We need to do something radically different in exploration and reduce human bias which is dragging the industry backwards.

“Just using chance on many sites will give you about a three per cent chance of success.”

Orefox is currently participating in the Unearthed Explorer Challenge which is offering a $1million prize pool to predict the next mineral deposit in South Australia. Winners are expected to be announced in June with the top targets drill-tested in the second half of 2019.

Anderson has expanded his team to participate in the Explorer Challenge and also utilises expertise from the Queensland University of Technology which has invested in Orefox after successfully going through its bluebox innovation program.

Orefox is courting international clients, including in Alaska and is also looking to expand into the gas sector.

Anderson said: “What we’re really trying to do is take the human element and biases out of exploration and use deep learning, which uses a lot of data, to pose questions to geoscientists and enhancing what geologists do.

“At the end of the day, an exploration company is really a data company.”

About Orefox.?Orefox works with mining companies to put them at the center of geological data science innovation. Our artificial intelligence and machine learning allows companies to increase efficiency and success in finding new ore deposits. www.orefox.com