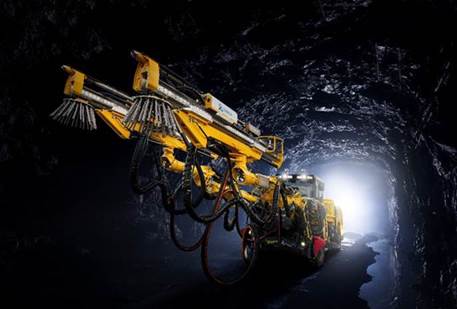 Customers in the underground mining industry can look forward to safer, efficient and more productive development blasting as early as the end of 2021, as Orica and Epiroc commence commissioning on AvatelTM, the first-of-its-kind, industry-driven explosives delivery system in coming weeks.

A sought-after technology by customers in the underground hard rock mining sector, AvatelTM will deliver a completely new way of approaching development blasting operations by eliminating charge crew exposure at the face.

The solution provides safe access for an operator in cab to execute the development cycle while reducing the reliance on costly, time- consuming and at-times ineffective controls put in place to manage the risks to personnel working in one of the highest risk areas of an underground mine.

“Achieving this significant development milestone, despite COVID-19 disruptions, shows the strength of our collaboration with Epiroc and our collective ability to deliver the future of mining.”

Epiroc’s President Underground division Sami Niiranen said: “With this partnership, we continue to raise the safety bar by combining world leading technologies that will make a difference in underground mines.

“The Avatel prototype represents the first step towards autonomous charging – a vital step in the journey toward safer and more productive blasting operations underground. We are looking forward to bringing this ground-breaking solution to customers worldwide.”

AvatelTM is equipped with the most sophisticated version of Epiroc’s acclaimed Rig Control System (version 5). Through its intuitive interface, with a large touchscreen and dual multifunctional joysticks, and combined with Epiroc ?s computer-assisted boom positioning features, it can be easily handled. Integrated with Orica’s LOADPlusTM, charge plans and other important data will be communicated between the systems.

The advanced and robust feed design of AvatelTM builds on Epiroc’s solid application design experience, further adapted to match conditions this new solution will face. Future developments can be extended to other Epiroc carriers including battery driveline. Other key advantages include flexibility at the face through Epiroc ?s dual diesel/electric plug-in power solution.

The convergence of these technologies ultimately ensures that the right explosives will be safely delivered into the right holes and given the right timing to achieve optimal efficiencies and the desired outcomes.

Extensive trials of AvatelTM will take place throughout 2021, before the first commercially available systems are expected to enter service.

Orica announced in November 2019 that it had entered a partnership with Epiroc to develop a semi-automated explosives delivery system.