AMSJ » Oz Minerals ahead of schedule despite virus 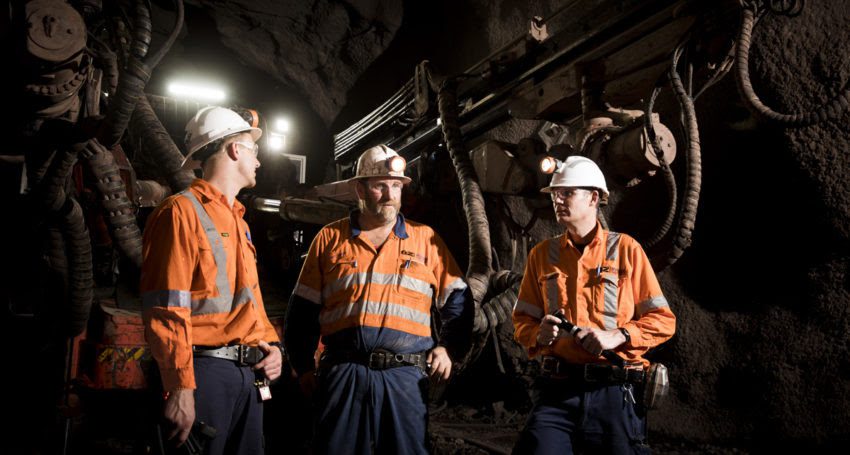 The ramp-up of production at Oz Minerals Carrapateena copper mine in South Australia is progressing ahead of schedule despite the global COVID-19 outbreak.

The Adelaide-based company has not reported any production impacts at either of its South Australian mines.

Oz Minerals began processing the first concentrate from its Carrapateena copper/gold mine in December and will ramp up to full production over the next 18 months. The first containers of concentrate have been trucked to the port, awaiting further concentrate for a first bulk shipment to customers in the coming months.

In a statement to the Australian Securities Exchange, Oz Minerals said it had  achieved nameplate throughput rate for sustained periods within the first month since commissioning. A five-day continuous period at the current nameplate rate of 12,000t/day was achieved in March and one operating day saw 13,000t milled in 24 hours.

The statement said the plant had achieved strong early metal recoveries averaging more than 90 per cent for copper and 85 per cent for gold.

The company said it had also increased its ore stockpile to 305kt in preparation for any potential worsening of conditions and production is expected to progressively increase through the second half of the year to reach 4.25Mtpa run rates by year-end.

The company’s Prominent Hill mine, also in South Australia’s Gawler Craton region, has continued to operate to expectation with no significant disruptions to date.

Approximately 18 million tonnes of stockpiled ore is available for processing at Prominent Hill, which the company said could be largely managed from its remote operations facilities in Adelaide.

Oz Minerals chief executive Andre Cole said the health and wellbeing of employees and other stakeholders was a priority as the company planned for and adapted activities to the changing dynamics of the evolving COVID-19 pandemic.

He said with more than 85 per cent of the Australian sites’ workforce based in South Australia, the state’s border closure would have limited impact on the continued operation of Carrapateena and Prominent Hill mines.

“The introduction of flexible work arrangements for much of our non-frontline workforce over the past 18 months has also allowed a relatively seamless transition to the current remote working environment,” Cole said.

“We have planned for a range of scenarios including operating with a South Australian workforce only, extending rosters to enable isolation of sites through to ‘care and maintenance’.

“As we develop our action plans our overarching objectives are the health and safety of our people, job protection and liquidity.”

In its statement, the company said the A$ copper price had proved resilient against a deteriorating US$ spot price, and with the vast majority of the core Australian operations’ cost base being A$ sourced, the lower A$ has provided an effective hedge against US$ based revenues.

It said demand for copper intensive items such as air conditioners and cars has begun to improve in China in recent weeks, whilst the broader market has also been impacted by the temporary reduction in copper concentrate supply from major producing countries in South America and Africa.

Oz Minerals also operates the Antas copper mine in the Carajas province of Brazil and said no major disruptions to supply are currently being experienced at any of its sites.

“Our Brazil workforce is locally based and not currently experiencing border or other movement restrictions,” Cole said.

The state is also home to BHP’s Olympic Dam copper/gold/uranium mine, which is the fourth largest copper resource in the world.

Genex market update
What is the current status of Coronavirus cases in Australia?
Comment