AMSJ » Pike River mine disaster | Evidence handling a disaster in itself 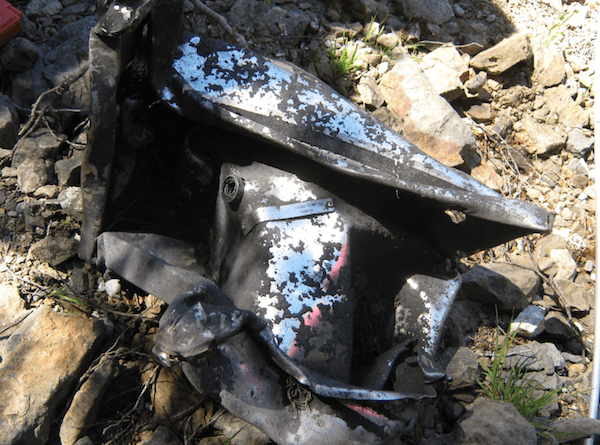 The families of the 29 Pike River miners are in disbelief regarding the handling and mismanagement of critical evidence by the New Zealand Police and the former New Zealand Department of Labour (Now Worksafe NZ) after the former head of the inquiry described the chain of evidence handling as diabolical.

recovery was “disorganised” when it came to keeping proper records

Detective Superintendent Peter Read, who has remained a key member of the investigation team to this day detailed concerns about evidence handling in a Police debrief delivered in April 2012. The Police debrief has recently been made public following an Official Information Act request.

Detective Superintendent Read stated that the recovery was “disorganised” when it came to keeping proper records, despite being told early on to take notes.

The debrief highlighted that exhibits, including photos and video, arrived at the investigation base with no documentation so they had no idea when or where they had been taken. When discussing the chain of custody for evidence, where every movement of exhibits was documented to prevent claims of evidence tampering. In this case, the chain of evidence, which Superintendent Read said was “basic police work”, was described as “diabolical”.

Superintendent Read said “There were no job sheets or reports for any of the exhibits and at one stage they were given 600 photos of exhibits but had no idea who had taken them or what they were even of. Cameras bought to help document the recovery operation and the investigation simply disappeared.

While the Police investigation focussed on criminal behaviour associated with the event,  the then New Zealand Department of Labour (now known as WorkSafe NZ), was investigating breaches in respect of occupational health and safety law.

Superintendent Read said Police would often defer to these inspectors who were supposed to know more about mining than them but described them as being “out of their depth”.

He noted they were investigating themselves over their own role in the disaster and asked whether the police should have gone to somebody more independent for advice.

He also talked about the difficulty presented by the Department of Labour seizing exhibits and us (the Police) not knowing what they had. Adding that “Operational teams did not appoint exhibits officer for a number of weeks and therefore no-one managing exhibits.”

He said the Department of Labour handled some key exhibits [taking to Australia, sending things away], without recording chain of custody so if tested in court it could be difficult.

Superintendent Read described the record keeping of Department of Labour officials as being ‘confined to notebooks’ and said that they did not have systems in place to manage their own investigation file in a “logical sequence”.

“Department of Labour interviewed a fraction of the people the police talked to and gathered information that would prove their case, instead of trying to corroborate what people were saying by checking with others, as the police would do” Read said.

The latest revelation comes after family members obtained a photograph of a switch cabinet door believed to be the fan control unit that was photographed on the 28th of November 2010 after it was blown up a 111-metre vent shaft and landed on the ground above the mine.

The families have stated that “We have been told that it was put on a helicopter contracted by Pike River Coal and taken to the mine office. However, nobody can tell us what happened to it after that.”

“If we find this evidence it could determine what caused the explosion that killed 29 men. There are so many questions and there is so much to uncover. This is why we must go back into Pike River and why there needs to be a full and transparent inquiry” a social media page devoted to families has stated.

Sonja Rockhouse, whose son Ben was among the 29 men who perished in the disaster, said ‘a photograph of an electrical cabinet door that was blown 100m to the mine surface has just come to light, but no-one can say where the actual item has gone.’

“It’s a possible ignition source – it could be the thing that caused the explosion, so it’s a vital piece of information,” said Ms Rockhouse.

Why the missing piece of evidence matters anyway?

According to information gathered through the Royal Commission, the main vent fan was located in the mine (as opposed to the exterior of the mine).

Following initial installation, the main fan was first operated on 4 October 2010, but sparks came from the fan shaft at the junction with the intake stopping through which it passed. To resolve the problem Pike removed a brass bush, which formed a seal between the drive shaft and the stopping. The effective removal of the bush may have permitted methane to leak through the seal if the fan was not operating. Despite this, the fan operated normally following installation with exception of one minor shut.

The commission concluded that ‘The placement of the main fan underground was a major error, aggravated by the failure to adequately protect the fan motor against methane ingress’  but it didnt go as far as specifically identifying it as the ignition source.

Additionally, in examing aspects of electrical safety the commission concluded that the underground electrical system at Pike River Mine was unconventional in a number of ways:

The discovery of the evidence that this crucial piece of evidence existed and that it was not forensically examined by the Royal Commission or the Department of Labour is a telltale sign some things may be amiss. Could forensic examination of the control panel identify if there was an ignition inside the panel?

While the Royal Commission included the main vent fan as a potential source of ignition, the commission findings for the ignition source of the explosion stated that it “remains contentious.”

This switchboard door was clearly a ‘non-approved’ and non-flameproof board that probably shouldn’t have been in a coal mine zone classified as hazardous in the first place.

By forensically examining this piece of crucial evidence, the NZ Police, the former Department of Labour and, more importantly, the Royal Commission could have ruled in or out a potential source of ignition…but they didn’t.