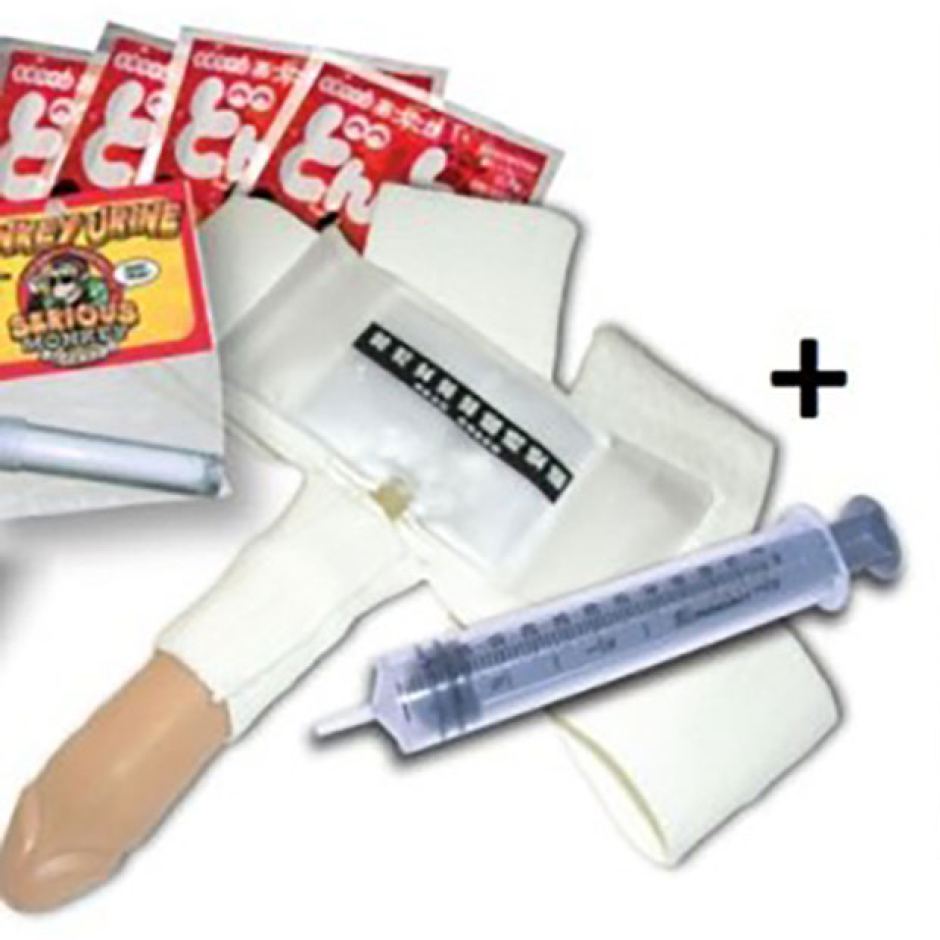 Police have said fake urine and prosthetic penis use is on the rise by miners trying to dodge company drug tests.

Senior Gold Coast police officer Superintendent Jim Keogh said the fake urine market was booming, with sale and purchase of the equipment legally available for $70 on the internet.

“In reality, all they’re doing is making a chemical compound in liquid form and selling it, they’re not indicating what the purpose of the purchase is, at the time of selling it it’s certainly not a dangerous drug,” he told ABC News.

“So we’re quite restricted in that area, albeit sitting behind the scenes here is sinister unlawful intent to test clean going onto a work site where you could compromise the safety of your fellow workmates.

“We’ve seen the results of ice and the medical fallout from using the drug, so when it’s going into an environment such as the mines which are quite complex, risky and certainly at the upper of high risk activities, it’s a worry.

“If you’re using a bought substance, whether it’s synthetic urine or urine from a friend, you’re putting a lot of faith in what you’re actually buying, you better hope that nobody has spiked it and you’re going to come out worse for wear.”

Offenders caught cheating drug tests could lose their job and may be brought before a court.

Australian privacy standards dictated that testing occur behind closed doors, but Mr Keogh said stricter control measures could be put in place at mine sites.

“They could get a medical practitioner to supervise the person who is producing the sample, and that would certainly alleviate the possibility of using a false sample.”

But Mr Graham said education was the best preventative measure.

“Spend less on the actual testing, spend more on educating the people this is not a good way to go, this is the sort of testing we can do that will pick it up, if you get picked up cheating you will almost certainly lose your $150,000 a year job.”

Australian Workplace Drug Testing Services’ Tony Graham runs a seminar to educate mining and construction bosses on how to beat the cheats.

He used to run them once a year, but said they had become so popular he now held 20 around the state.

“In the mining industry they’re particularly well paid, they’re in high-stress jobs, working long hours away from family, the more fly in, fly out, the more your problems tend to be, and so people turn to other substances,” he said.

“In the good old days we could do a test on it and determine there was no creatinine in it,” he said.

“Creatinine is a by-product of muscle tissue break-down, it’s a protein that passes out into the urine and that was a unique mark to tell us we had real urine.

“These days they’ve got synthetic creatinine as well that they put into the synthetic urine so it’s become much harder to actually pick up on the fact it’s synthetic.”