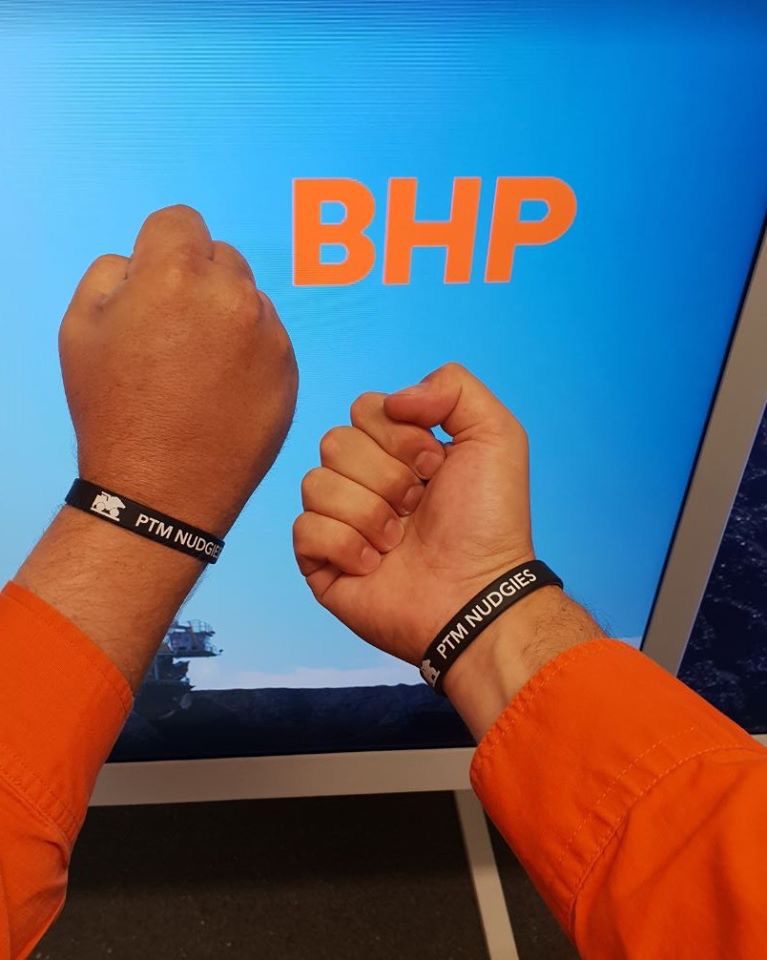 As part of the four-month program, crews were also awarded a $250 donation towards their nominated charity if they achieved zero priority rule breaches for the month.

Jayson Smeeton, Manager Mine Production Poitrel, said that by utilising the behavioural science ‘Nudge’ concept, not only did the team achieve some fantastic safety results, but they were also able to make a donation to a charity of their choice electing CQ Rescue Service and Lifeline.

“For the four-month program, and now the four months beyond, the crews have really focused on embedding Priority Rules by wearing our nudgie bands,” Jayson said.

“I was so proud to see this initiative led from the front and I believe its success can be put down to the people – each team member took a sense of ownership over the program’s delivery.”

“As a result, we’ve seen a sustained significant reduction in events relating to vehicular interaction and were able to donate more than $3,500 to CQ Rescue and Lifeline, organisations who provide critical services to the people living and working in Central Queensland,” Jayson said. 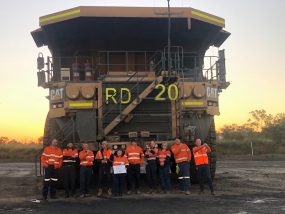 The Poitrel team have been utilising the Behaviour Science ‘Nudge Concept’ to help embed Priority Rules since October 2018, with the teams continuing to sustain the improvement after the program’s completion.

“A nudge makes it more likely that an individual will make a particular choice, or behave in a particular way, by altering the environment so that automatic cognitive processes are triggered to favour the desired outcome. In this example it’s helped embed Priority Rules and demonstrate what you think about, you bring about” Jayson said.

“The bands have been worn on the left hand to ‘nudge’ the thinking of giving away to their left. This comes from the Priority Rules Nudge Theory.” 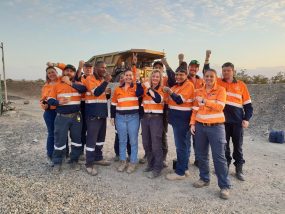 Each crew successfully collected four different nudge wrist bands over the four-month period relating to priority rules risk reduction and are now celebrating the sustained results of their hard work.