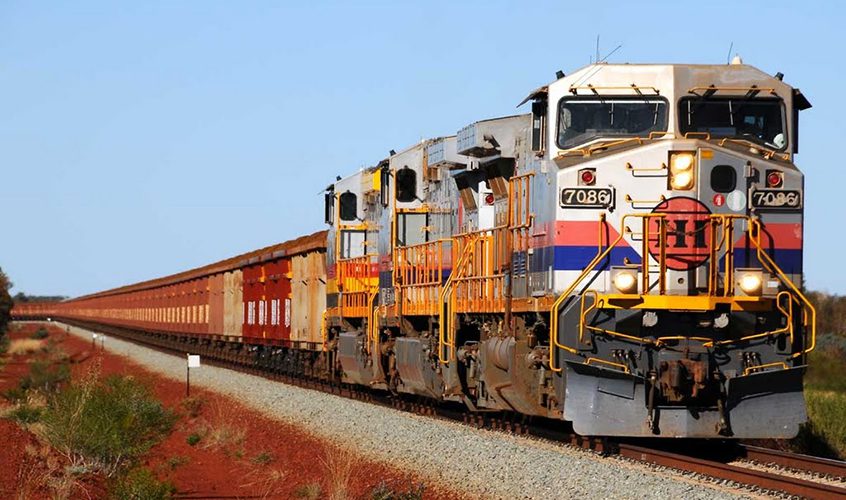 Rio Tinto has introduced precautionary measures ahead of the construction of the Koodaideri rail line, as it runs through the contaminated site of Wittenoom in remote Pilbara.

A media report stated the 166-kilometre rail line will pass a 19-kilometre section through the Wittenoom asbestos management area, which includes a 4.9-kilometre trip through a moderately contaminated control area.

Rio has prepared a detailed environmental management plan in anticipation of the Koodaideri rail line work next year, a Rio Tinto spokesperson told Safe to Work in a statement.

The plan has been approved by the Western Australian Government, including the Department of Health which has classed the risk of the rail construction works to human health as ‘very low’.

“The safety and wellbeing of workers and communities is Rio Tinto’s number one priority,” a Rio spokesperson said.

“Asbestos is a naturally occurring mineral that is prevalent in the Pilbara, and like other mining companies in the region, we have a long history and extensive experience in working safely in areas where asbestos is identified.

“Risks of asbestos contamination during operations will be mitigated by the design of the railway infrastructure and the application of Rio Tinto’s well established fibrous materials procedures.”

Rio Tinto’s environmental management plan includes appropriate airborne and soil monitoring to ensure the system of work is safe for workers and communities, as well as precautionary efforts to avoid the spread of existing asbestos fibres in general.

The Koodaideri railway connects the mine to the existing network, built to transport Rio’s flagship iron ore product the Pilbara Blend. First production is anticipated in late 2021.

“It will be the most technologically advanced mine we have ever built and sets a new benchmark for the industry in terms of the adoption of automation and the use of data to enhance safety and productivity,” Jacques said.