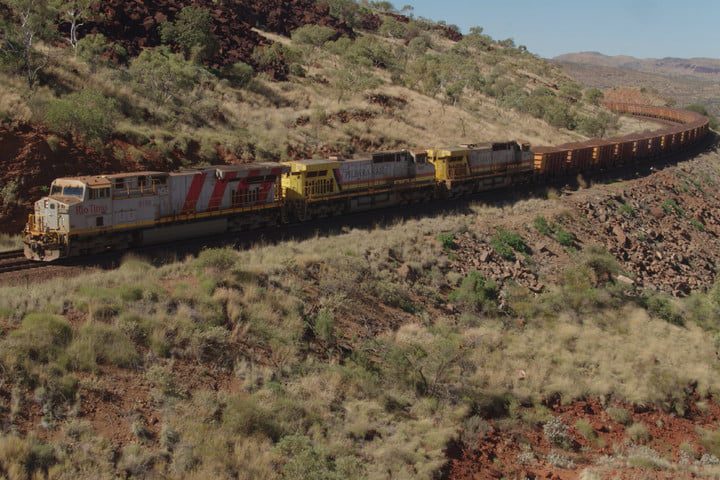 The world’s largest robot has travelled over one million kilometres autonomously, as more journeys have been steadily increased across Rio Tinto’s iron ore operations in Western Australia.

All public rail crossings on the network are also equipped with CCTV cameras and have been upgraded to the highest safety standards.

The train has an average return distance of about 800 kilometres with the average journey cycle, including loading and dumping, taking about 40 hours.

Ivan Vella, Rio Tinto Iron Ore managing director rail, port and core services, said it was a challenge to automate a rail network of this size and scale in a remote location like the Pilbara.

AutoHaul completed its first delivery of iron ore in July 2018, where three of its locomotives carried around 28,000 tonnes from Rio Tinto’s mining operations in Tom Price to the Port of Cape Lambert.

No redundancy will be made in 2019 as a result of AutoHaul’s deployment; Rio Tinto would continue working closely with drivers to maximise value in the autonomous operations over the coming months.