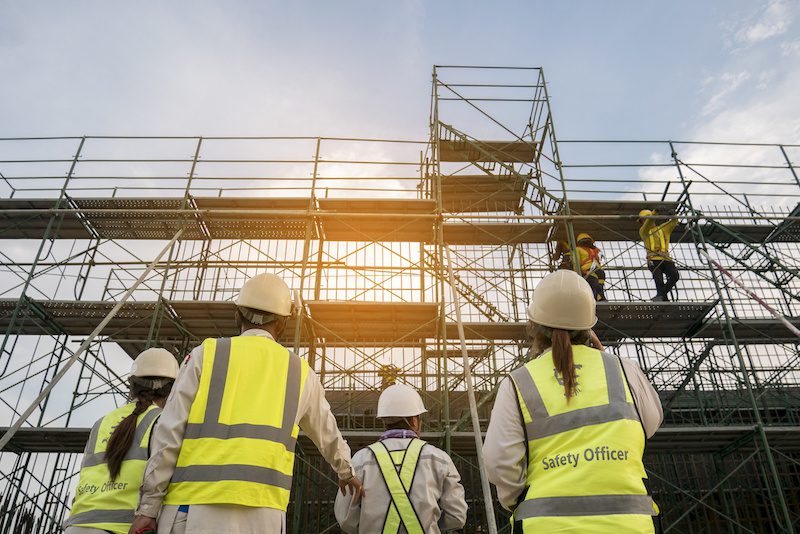 In a dangerous event at a WA site in June 2018, a scaffolder fell four metres after he became imbalanced when his fall arrest equipment (inertia reel lanyard) locked. The incident was further complicated by the fact that scaffolder had attached to a handrail as an anchorage and the lanyard webbing sheared below the energy absorber. Fortunately, he survived the incident with a damaged shoulder.

The incident highlights the need to identify effective anchorage points and the need to use effective planned accessways when undertaking tasks at height.

The DMIRS said that “in June 2018, a scaffolder fell while crossing a void 5.7 metres above the ground. The scaffolder was wearing a fall arrest harness with a retractable type lanyard connected to a horizontal guardrail of a scaffold platform. When stepping 1.3 metres laterally to access a pipe support structure, the inertia reel mechanism of the lanyard engaged, impacting the scaffolder’s balance. This caused the scaffolder to fall back through the void and swing against the scaffold structure. The webbing on the retractable lanyard then sheared below the shock (energy) absorber component. The scaffolder fell approximately four metres, landing on a staircase and dislocating his shoulder.”

It said a number of issues also contributed to the incident including those of: