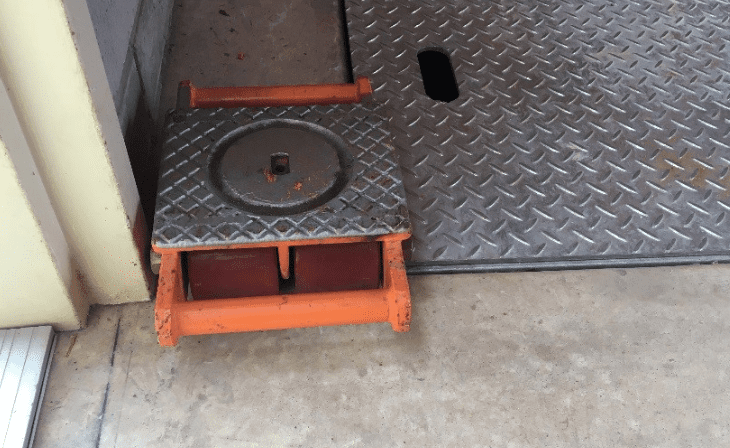 A safety regulator has issued a warning regarding the use of load skates or load dollys after a worker was seriously injured while using them to shift a switchboard panel that was top-heavy.

What are load skates?

Load skates are often referred to as machine trolleys, machinery skates, load dollies, machine dollys and load rollers. They are a simple device typically comprising of three or four caster wheels attached to a frame. The frame is then fitted with a plate to support the load. Load skates are mainly used to place under a piece of equipment to assist in moving the equipment from one location to another. A range of variants exists including size/structure of wheels, design and size of the load plate, the material used on the load plate. The structural integrity and/or load rating typically is dependent on their design and the materials used in their construction.

At mine sites, they may be used in workshops to relocate equipment from one location to another.

While the incident raised by the regulator did not occur at a mine site, it is probable that similar circumstances may be encountered across a range of mining operations.

What happened in the incident?

The regulator confirmed that a worker received serious head injuries after being pinned between a wall and an electrical switchboard at a construction site.

The switchboard weighed approximately 1.8 tonnes and was 4500mm long, 600mm wide and 2100mm high. A 75mm steel frame was also fitted to the base of the switchboard. The majority of the electrical components were installed towards the top of the switchboard, making it top heavy.

The switchboard was being manually manoeuvred on four load skates into a purpose-built switch room that was only 5010mm long and 2395mm wide. Three workers were pushing the switchboard over a cable pit covered by checker plates when the switchboard toppled backwards pinning the worker.

Preliminary findings indicate a skate came into contact with the edge of a checker plate (or the door frame), which dislodged a skate from under the switchboard causing it to fall on a worker resulting in severe head injuries.

The incident has highlighted that the improper use of skates and dollys could have tragic outcomes. While a load skate appears to be a generally innocuous piece of equipment, the risks associated with their use should be considered by employers and employees alike.