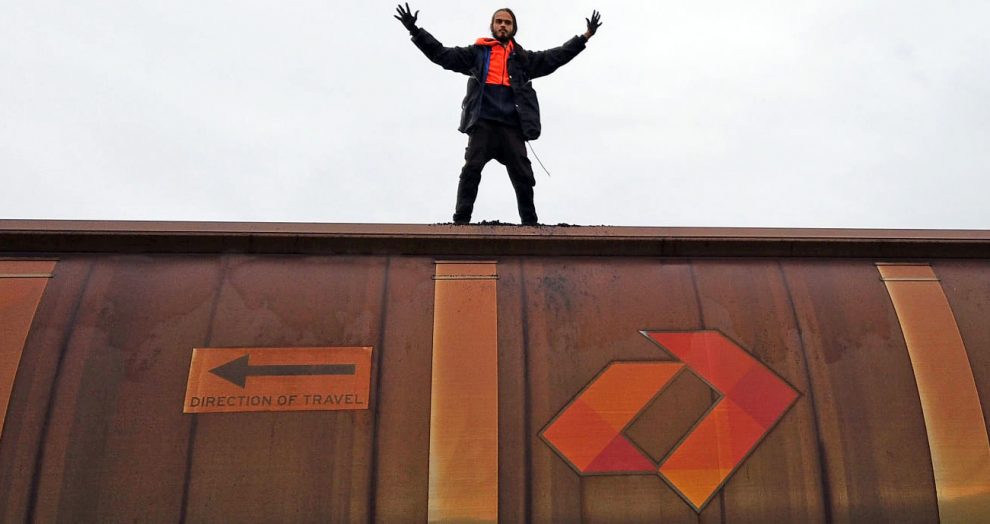 A demonstrator will spend the next 12 months behind bars for repeatedly interfering with mining operations.

The 22-year-old allegedly acted as part of the Blockade Australia group. He is accused of causing a five-hour delay after climbing on top of one locomotive, refusing to comply with police orders, and refusing to sign various bail conditions.

“He was charged with assist in obstruction of rail locomotive and hinder mining equipment,” Blockade Australia said on Facebook. “[He] has pushed back against police repression.”

The anti-coal movement is outraged about the high school drop-out being jailed for championing an environmental theory that burning fossil fuels creates carbon emissions that can influence long-term weather patterns.

“[He] has dedicated himself to fighting for climate justice,” Blockade Australia said. “Now he is in prison because Australia will do everything within its power to uphold the system of exploitation and destruction that is eating through humanity’s life support systems.”

When asked about his questionable behaviour, Herbert claimed he had no choice because the government is allegedly destroying everyone through “ecocide”. He then proposed tearing down the Commonwealth to seize power.

“Australia’s rigged democracy does not represent us,” he said on Facebook. “It is time we take our power back by getting in the way of economic arteries across this continent.”

Herbert was previously fined $550 for supergluing his hands onto a busy CBD pedestrian crossing. Emergency workers had to wait three hours for safe chemicals to safely dissolve the glue before finally removing him from the bitumen surface.