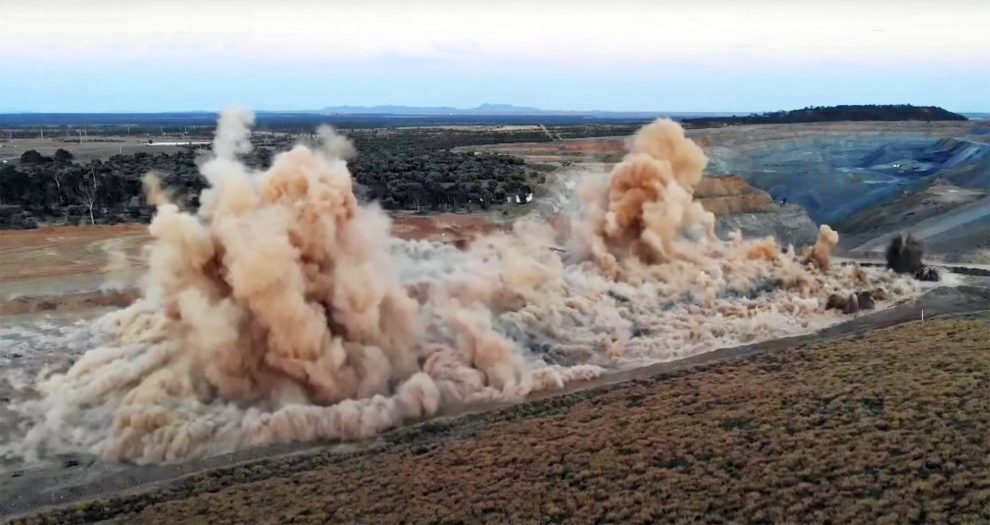 An integrated resources company caught a controlled explosion on camera at one of its Central Queensland coal operations.

The spectacular vision in slow motion displays sequential detonation in a straight line. Towards the end of the blast, airborne dirt can be seen falling back to the ground.

“It was a very successful, well-planned blast,” company founder and president Matt Latimore said according to the Northern Stevedoring Services website.

“We will use an excavator to load the coal, which will be transported by rail to the Dalrymple Bay Coal Terminal.”

Coal Augering Services won a tender to mine and auger-produce the site well into the year 2022 and beyond. Stanmore Resources (MetRes) jointly owns the mine site with M Mining – the joint venture’s mine operator.

More than 230 new jobs are expected to be created.

“Our next milestone is first shipment of coal in December,” Latimore said. “Cargo from the coal mine will be travelling to Europe for delivery in France. The next two cargoes will be going to Japan.”

“We have gone from taking possession of the mine in July to shipping quality product to our customers in less than six months.”

Fully wireless blasting system starts at Syama mine
Drilling down to the details of fragmentation
The safer solution to post-blast monitoring
Dangerous blasting incident at open cut coal mine.