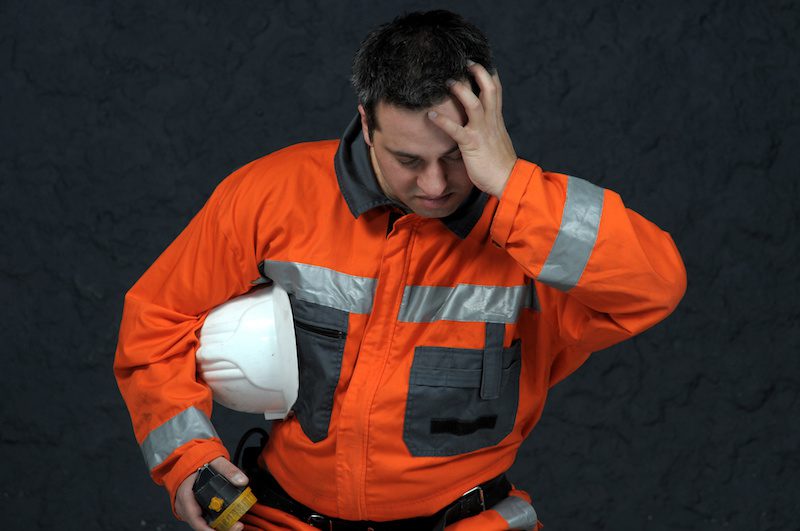 Many across the mining industry have recognised that extended night shift work has long been associated with impaired alertness and performance. The probability of health-related complications and work-related errors has been long been recognised but quantifying the individual effect of alertness particularly over extended shifts has sometimes been challenging.

In a study led by the Alertness CRC, researchers examined 52 nursing and medical staff in an intensive care unit at Austin Health in Victoria as they worked on a variety of shifts – day, evening, and night.

The researchers found that if you can understand the individual timing of a worker’s body clock, you can better help them maintain alertness during the night shift.

“We’ve uncovered new knowledge on the impact of different shift types and the sleep-wake behaviour of healthcare shift workers, which could inform potential methods of intervention to help people cope better with shift work,” said Monash University’s Dr Tracey Sletten; an Alertness CRC Project Leader and senior author on the recently published paper, “The Impact of Shift Work on Sleep, Alertness and Performance in Healthcare Workers “.

During the study, sleep and wake duration between the workers’ shifts was evaluated using wrist activity monitors and daily diaries. As expected, the amount of sleep obtained during the day between night shifts was shorter than most people require.

An additional significant finding was that working early morning shifts was also associated with a considerable reduction in sleep. “We found that in rotating shift workers, early day shifts could be associated with similar sleep loss to night shifts, particularly when scheduled immediately following an evening shift,“ Dr Sletten said. “This is important to consider when designing shift schedules to optimise the sleep, alertness and the wellbeing of staff in any industry”.

The study also assessed the time course of alertness and performance during the day and night shifts, specifically examining whether alertness is most impaired on the first night shift or after working several consecutive nights.

Staff reported their level of sleepiness and completed tests of reaction time and attention during day shift, as well as on the first night shift, and after several consecutive night shifts.

Unlike many other similar studies, this study also involved the collection of biological samples, to assess the specific timing of individual staff’s circadian phase – the timing of their body clock – to examine the impact of this timing on changes in alertness and performance during a shift.

Circadian timing varied considerably between individuals, and this timing was shown to influence sleepiness and performance during night shifts

Circadian timing varied considerably between individuals, and this timing was shown to influence sleepiness and performance during night shifts. “We can now use this information to inform potential interventions to improve sleep obtained by shift workers.

In turn, we hope that this will have a positive impact on the personal health of these workers.”

Given that the study may have wider implications for the mining industry, Australasian Mine Safety Journal put some questions to Dr Slettern and her team.

Did the study specifically identify key times when performance is most affected during the night shifts or was this generally at the end of the shift?

In this particular study, we assessed alertness at the start and end of work shift and during a break in the middle of the shift. We don’t have the data to make conclusions about specific clock times of alertness reduction as we weren’t able to assess this throughout the entire shift given the employees need to monitor patients.

Are there wider implications from this study for shift workers generally?

Absolutely. Based on the study we understand the impact of the night shift on alertness, particularly toward the end of a shift where additional strategies may be needed to protect staff from reduced alertness, such as avoidance of safety-critical tasks, double-check procedures or personalised tools to enhance alertness.

This also extends to safety on the commute home from night shifts where staff may be at risk relative to day shifts.

Further, we show that measurement or prediction of the timing of an individual workers body clock can help to better understand where their alertness is likely to be more impaired during a shift and strategies to reduce safety risks can be implemented.

Another key finding is that biological adaptation to working night shifts is rare so working multiple consecutive night shifts does not mean alertness of workers will improve at the end of a run of nights as some people believe. In the discussion section of the paper, we elaborate more on the wider implications.

What could employers and employees do to mitigate the effects of performance degradation during night shifts?

An understanding of the physiological impacts of shift work, as we show in this study should be considered when developing rosters to minimise the risks. This informs consideration of shift duration, duration of time off between shifts and the pattern of rotation.

For example, evening to day transitions are associated with high risk due to sleep restriction so should be avoided in work schedules (not so relevant for mining). Staff can be educated on the importance of prioritising sleep, and mandatory breaks and strategic use of naps and caffeine. Some other suggestions are included above.

Given that many mining operators may work 7 days, 7 nights, 7 off is there any findings from your study that could be extrapolated?

This still indicates sleep loss accumulating across multiple night shifts which would accumulate further for 7 consecutive night shifts and those additional countermeasures should be implemented to minimise safety risks to mining operators.

Where we have variability in the timing of the body clock of workers after 3-5 consecutive nights, this extrapolates to variability after 7 nights also and a need to implement strategies individual to each worker.

What about the effects of objective performance? Was there any quantitative evidence obtained that defined specific performance changes?

In this study, we implemented a simple reaction time task as our measure of objective performance – indicating vigilance and sustained attention. We didn’t measure specific performance in more complex activities beyond that so caution should be taken in extrapolating to specific work-related performance.

About the CRC for Alertness, Safety and Productivity The Alertness CRC is an industry-focused research program committed to maximising alertness in the workplace. The mission of the Alertness CRC is to 1) Promote the prevention and control of sleep loss and sleep disorders, and 2) Develop new tools and products for individuals and organisations to improve alertness, productivity and safety. http://www.alertnesscrc.com/