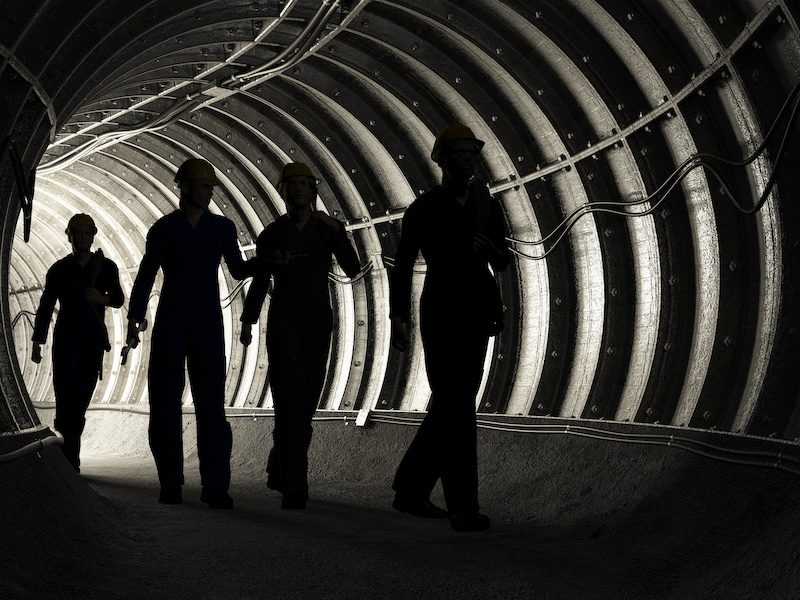 A Cardiff University Research project conducted on behalf of the Institute of Occupational Safety and Health has investigated the nature and operation of arrangements for worker representation on occupational safety & health in coal mining in five countries that feature different economic profiles: Australia, Canada, India, Indonesia and South Africa.

The research explored the experiences of representatives and workers and examined the socio-legal, economic and labour relations context for each country. The following information is a summary of the research work. Links are available below.

Mining is a hazardous industry operating on a global scale. Occupational safety and health (OSH) has been a powerful factor in the mobilisation of coal miners and the development of trade union organisation among them from the early days of industrialisation.

Not surprisingly, the representation of miners’ interests in their safety and health was consequently prominent in both labour relations and the development of regulation, long before they featured in other sectors.

Nowadays research shows that arrangements for this form of representation in these other sectors are a useful contribution to OSH management and its outcomes. Yet there has been little exploration of worker representation on OSH in mining.

Neither its origins nor its current practice, contexts or effects have been subjects of research. This study was undertaken in part to remedy this, but also to explore the issues on a global scale, and to compare practices and what determines them in very different economic and labour relations settings.

What did the Cardiff researchers do?

In each case, relevant statutory provisions concerning worker representation on OSH in coal mining provided the starting point for case study-based qualitative investigation of the practice.

The investigation explored participants’ experiences of the operation of the arrangements in each country and identified factors supporting or constraining them.

Drawing together findings from each of these countries allowed some international comparisons to be made of the determinants of effective representative participation in OSH in coal mining globally. This enabled reflection on questions of transfer and sustainability in a global industry, what determines their effectiveness and therefore improves the effectiveness of representation generally on OSH, as well as the conditions necessary to support this.

What did the researchers find out?

Regulatory provisions on worker representation in coal mining date from the Coal Mines Regulation Act 1872 in the UK and relatively soon after that in Australia, parts of Europe and elsewhere.

For a long time, in the countries where they have applied, they have provided miners and their trade unions with more extensive powers than those granted to health and safety representatives in other sectors.

The evidence suggests that where they are found, these powers are used effectively. But they are not the only support for effective representation of workers’ interests in OSH in mines, and other factors to do with trade union organisation and managerial commitment are also important.

Moreover, the research shows marked differences between countries in the extent to which the representation of miners’ interests in OSH operates and identifies several factors that determine these differences.

The study confirmed the successful representation of workers in OSH in Australian mines and the critical role in this played by the structure of representation that is defined by regulation. Representatives at both site and industry levels reported undertaking inspections, investigations (including those of complaints, incidents, information and accidents), and making effective representations to management on safety and health matters, as well as stopping dangerous work without fear of reprisal.

Allowing for differences in regulatory and labour relations contexts, similar signs of success were evident in coal mines in Canada. Here, in the unionised mines in which most of the workplace participants in the study were employed, there was evidence generally of effective engagement, with a range of representational activities similar to those found in Australia.

In addition, respondents described significant participation in joint safety committee meetings, expressing the view that there was some chance of influencing the outcomes of discussions in these committees.

In South Africa, there were also strong indications that, under certain conditions, the arrangements for worker representation on OSH matters in coal mines could be effective and contribute to improvement in OSH management and outcomes in ways similar to those found in Australia and Canada.

However, it is acknowledged that this was a reflection of the best practice experience of the strongly organised representatives who participated in the study, more than a picture of more the ubiquitous experience of worker representation on OSH in South African mines.

The findings from these three countries contrasted with those from India and Indonesia. In these countries, although there were similarities in the regulatory frameworks and structures for participation in OSH in the mines, the operational practice of representation was very different, in terms of both the actions allowed to the representatives and the support they received to undertake them which, in both cases, were limited and constrained by the mine management.

For example, in India, while trade union representatives took part in inspections and participated in health and safety committee meetings at both mine and sector levels, they felt they had little chance of influencing the outcomes of those activities.

Similarly, in Indonesia, although in theory there were trade union structures to address safety and health in the mines in which our participants worked, in practice they had little scope for autonomous action, and operational matters in OSH were entirely the prerogative of management.

Influences on the effectiveness of safety representation for miners

Similar influences of the efficacy of the representatives to those documented in other sectors were identified. That is, a clear regulatory steer, managerial commitment and well trained and informed health and safety representatives, supported by strong workplace trade union organisation, were critical to the effectiveness of the arrangements for worker representation.

Similarly, access to training, information, time-off and facilities to carry out representational functions were essential supports for the representatives in the countries in which effective actions were found. They were absent or only available in minimal ways in countries where representation was mostly ineffective.

Wider determinants Labour relations in mining were widely reported to be conflictual in all the countries we studied. Despite this, trade union representatives were still able to achieve an impressive record of effective actions in OSH in the countries in which the regulatory steer and trade union organisation combined in support of their activities in the face of considerable corporate hostility.

In contrast, such hostility and the power with which it was wielded easily overcame the efforts to achieve effective representation in the countries where both the regulatory steer and workplace trade union organisation were weak.

While the requirements of global standards, such as ILO Convention 176 on mining, and the work of global trade union confederations, such as IndustriALL, are reported in the literature to have achieved notable success in supporting trade union representation in OSH arrangements in some countries, this was not the case in the countries we studied.

The research identified a strong need for higher levels of commitment and support for representation from the state and its agencies in these countries for it to stand some chance of success. There may be a role for global actors and standards to be more persuasive at this level. But there was scant evidence of this occurring in these countries at the present time

What does this coal mine safety and health research mean?

Not only is there significant variation in health and safety performance of mining in different national settings, but there is also a completely different experience and context of coal mining in, for example, the older mining communities visited in India or the new mines of Kalimantan, compared to those studied along the eastern coast of Australia or in the Rocky Mountains of Canada. It is challenging to convey the scale of such differences in a research report of this kind, but they were so high that they raised questions concerning the value of comparative research under such hugely different circumstances.

Nevertheless, the researchers found sufficient similarity in trade union representatives’ motivations and understandings of their experiences in representing workers’ OSH interests, in the face of global corporate power, to suggest that this comparison is valuable.

The research not only highlights contrasts but also draws attention to common underlying determinants of improvement and strategies for achieving it.

First, the findings provide strong indications that, given an appropriate level of support, worker representation and consultation on safety and health in coal mines make a significant contribution to improving the arrangements and outcomes for managing these matters effectively.

Second, they show that such support and the preconditions that determine effectiveness are present far more obviously in coal mining in some countries than in others, although in all countries they have the potential to be both present and effective. In some, there is clear evidence of worker representation contributing to successful OSH practices and outcomes in the advanced economies studied. Here, arrangements are longstanding and representation benefits from strong trade union support, even where labour relations are hostile and corporate approaches to managing OSH are unsympathetic. In these situations, representation is effective in addressing the concerns of miners, leading to improved OSH arrangements and outcomes.

However, the situation in other countries is less clear. Where organised labour is either weakly developed or orientated towards different models of industrial conflict, and statutory provisions are either poorly developed or modified in practice, workplace representation and consultation on safety and health have had far less impact on arrangements and outcomes.

Third, despite the above caveats, the research demonstrates that theories about ‘what works’ in representing miners’ OSH interests can extend globally and provide an appropriate way of understanding the support for and constraints to effectiveness.

Finally, the research suggests that there is a global dimension to policy and practice in safety and health in mining in which nationally-based state, corporate and individual actors are not the sole players.

It suggests that global regulatory bodies, such as the International Labour Organization and global workers’ organisations, also have an essential role. Support from these bodies is important to ensure that miners’ representation and consultation on safety and health remain as central to the implementation of preventative strategies for safety and health in mining as they have been in the history of mining in advanced market economies

Limitations: The researchers acknowledge that limitations in resources available to the present research mean its findings were based on the analysis of qualitative interviews with a comparatively small number of key informants (varying between ten to 15 and 30 to 40) in each country and data from documentary sources. More robust and detailed empirical research is required before the characteristic findings of this study can be properly substantiated. However, when the findings are examined together and alongside the wider literature, strong indications of patterns in the effects of worker representation become clear for all of the countries studied. Above all, they show how arrangements for representing workers’ interests in OSH were significantly limited – on the one hand by the distribution of power in relations between capital and labour in the mining industry globally, and on the other by variation in the strength of the regulatory steer in the different countries studied. These findings alone are robust enough to justify policy actions.

You can read the full IOSH project reports here

Role of Safety and Health Representatives in Western Australian mining 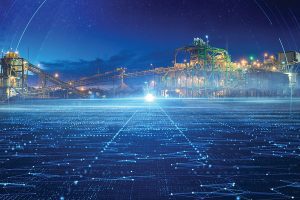