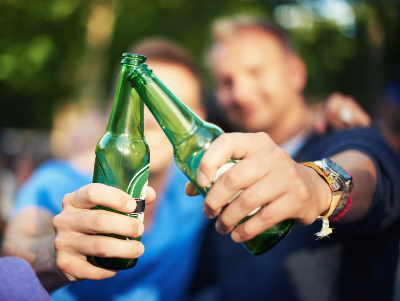 After a long day at work, it is not uncommon to put our feet up and crack open a beer to unwind for the day.

In an industry where days are longer than usual, and ‘home’ is an isolated mining camp, it is no surprise that alcohol consumption in the mining industry has grown considerably.

While alcohol and drug use is not unique to the mining industry, it is definitely one of extra concern – especially with an increase of mental health issues among FIFO workers.

Workplace alcohol and drug policy consultants, Frontline Diagnostics, have recently compiled a list of ’10 Incredible Alcohol Related Workplace Incidents That Make You Wish You Had An Alcohol Policy’.

“In a country known for a strong drinking culture such as Australia, alcohol-related illnesses kill 15 Aussies daily,” the article states.

“Worse, alcohol is also a huge contributing factor in many workplace accidents, which are, in most cases, very much avoidable.”

“Here are 10 of those alcohol-related workplace incidents that could have been prevented if only the employers involved had strictly-implemented drug and alcohol policies in place.”

1. Drunk employee car crashes: one of the more common accidents in the workplace

A couple in Kentucky, USA, sued a printing company after one of its employees drove a company vehicle while drunk into another vehicle, which then collided with the car of the above-mentioned couple, who sustained various injuries.

In November 2011, free-flowing booze at a party held by Kalgoorlie-based company Primepower Engineering directly led to the horrific burn injuries suffered by then-19-year-old apprentice Mitchell Canny. Canny, who was apparently under the influence of the unlimited alcohol provided by his employer, had been trying, along with other apprentices, to get a disused engine to “seize”.

He was engulfed in a fireball when flammable substances were sprayed on the engine, and he suffered burns to 60 per cent of his body. Primepower has since been found by the court to have neglected to provide a safe workplace, and undisclosed damages have been awarded to Canny.

Michael Peacock, 45, had to endure three surgeries after Richard Langtry, his former employer at data-security company Iron Mountain Management grabbed his crotch while drunk during a two-day “team-building” seminar in upstate New York on July 18, 2012.

Can you imagine how disastrous it would have been if an air traffic controller in Arkansas hadn’t been found passed out in his chair in the control tower while on duty? While a disaster may have been narrowly avoided, it still should never have happened in the first place if the Springdale Municipal Airport had a strict drug and alcohol testing program in place.

In March 2006, Philip James McMillan, a Brisbane darts club manager, died of a heart attack when an employee, Darren William Dwyer repeatedly punched and kicked him during a drunken altercation. Dwyer was apparently miffed when McMillan told him he was too drunk to work. He was sentenced to 10 years in jail for manslaughter.

6. Ship captain had drinks before cruise ship ran aground in tragic work accident

Thirty-two people were killed when the Italian cruise ship Costa Concordia hit rocks close to the shore and sank. According to witnesses, Captain Francesco Schettino had been drinking shortly before the accident.

Last year, British businessman Tony Gilchrist, who owned a dive shop in the Philippines, was shot dead by a drunk employee, a security guard whom he sacked earlier for showing up for work drunk.

Stephen Kaufman, a dentist from Tennessee, was arrested after he tried to pull a 19-year-old’s wisdom teeth while under the influence of alcohol. Kaufman was so disoriented he refused to stop the procedure even as authorities approached him and ordered him to stop operating on the teen, who was already sedated at that time.

On August 7, 2015, Judy Jones, a 49-year-old dockworker in Elizabeth, New Jersey, was struck by a top loader that severed her leg and caused her to bleed to death. The operator of the top loader, identified as Victor Belo, is suspected to have been drinking prior to the incident, and charges are expected to be filed against him.

10. Drunk driver backs tractor into child in one of the more horrible accidents in the workplace

On August 9, 2013, Gary Green, a tractor driver for Swithens Farm in West Yorkshire, UK, backed the tractor he was driving into Harry Whitlam, 11, at an area of the farm that that is not usually open to the public. An inquest found out that Green was almost three times the legal alcohol limit at the time of the accident. Whitlam died later the same day.

Click here to read the original article, and to find more information on Frontline Diagnostics.