AMSJ » The path to safety 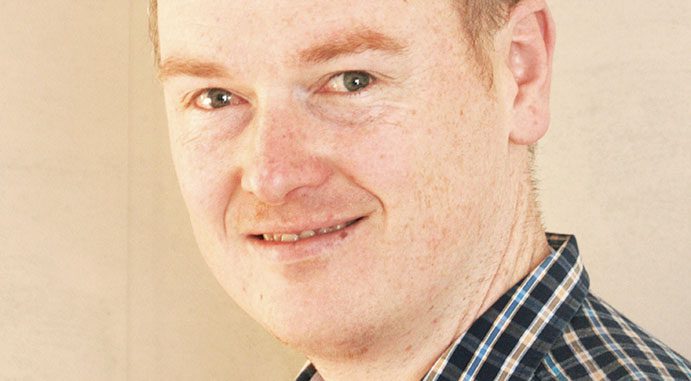 What is your background in safety?

My original training was in computer systems engineering. On graduation I joined the Department of Defence, where at the time there was a strong push towards more formalised design and certification of safety-critical systems. I became quickly disillusioned with the level of understanding of safety held by most engineers and project managers. There was recognition that safety was important, but hardly any grasp of the ways in which management and engineering choices led to safe or unsafe outcomes.

I went back to university and completed a PhD in safety engineering. Since then, I have been working at the intersection of research, consulting, teaching and practice of safety. My roles have included in-house systems assurance, consulting, independent safety assessment, and research at Massachusetts Institute of Technology, University of York, and University of Queensland.

I’m currently a lecturer and Program Director for the Graduate Certificate and Masters in Safety Leadership at Griffith University.

What do you think are the major safety issues in the mining industry at the moment?

The mining industry is faced with a desperate shortfall of safety knowledge. A huge amount of time and money has been spent on improving safety over past decades, and there is little to no evidence about how well it has been spent.

By some measures, mining safety in Australia has improved, but there is no particular reason “Safety doesn’t need more gurus and grand visions, just next steps along a reliable path.” to believe that this has anything to do with explicitly “safety” activities, rather than general improvements in equipment, automation, and mine design. Even then, most of the improvement is in lost time injuries rather than serious injuries and fatalities, raising the disturbing possibility that we are just getting better at hiding safety problems, and not managing safety any better than we did twenty years ago.

That knowledge gap is bad for both safety and productivity. If we don’t know what works, we become afraid to stop doing things, so management systems and bureaucracy just grow and grow. Many staff are so caught up in managing safety systems they have no time or attention to actually improve safety.

How would you define a safe workplace and who do you think is responsible for safety?

That’s a great question, but it doesn’t have a simple answer. Safety is a socially negotiated concept. The safety of a workplace isn’t just measured by the outcomes – a low injury count could hide a multiple-fatality accident just waiting to happen next month. It isn’t measured by the management systems – paperwork doesn’t necessarily reflect practice, and there is no objective standard for measuring safe practice. If workers are living in fear of their conditions, that’s probably not a good sign, but a culture that feels safe could equally well be described as complacent.

Safety is all of these things – behaviors, processes, beliefs, systems, environments and outcomes – interacting in complex ways. Each aspect provides a different lever we can act on to improve safety. Putting all our attention on behaviours shifts responsibility downwards in the organisation, at the expense of understanding the role of systems and environments. Paying attention to systems shifts responsibility upwards, but can lose sight of the reality of work.

What do you think needs to be done in the mining industry, or any industry, to ensure optimum safety?

I don’t think we should be concentrating as much as we have on safety outputs. That was the mistake of the Zero Harm movement – it was a vision of the absence of something, not a vision of something that we could create. Into that vacuum stepped the zombie of behaviourbased safety, a 1930s movement most of us hoped had been killed off by the systems and organisational knowledge painfully acquired during the latter half of the twentieth century.

Safety doesn’t need more gurus and grand visions, just next steps along a reliable path. That means trying out new ideas, but doing it in a way that is safe to fail, and collecting good data about what does and doesn’t work.

One idea that I’m currently working on is changing the way we approach investigations. Whilst almost all safety people, when asked, say that the purpose of investigation is to learn and improve, that’s not the way investigations are actually undertaken. Most investigation methods seek to identify and classify deviations. In other words, they are instruments of control and reinforcement, not genuine attempts to learn.

A simple way around that is to investigate when there hasn’t been an accident. This can shift the focus from trying to correct the way work is happening, to trying to understand the variations, dependencies and frustrations of work.

In trying out this technique, it quickly became apparent that not much attention has been paid in the past to measuring the performance of investigation. If I want to claim that these new “positive” or “descriptive” investigations are better, I need to know what “better” means.

So the other half of my current research focusses on evaluation of existing practice. I’d like to understand what works, what doesn’t work, and why we keep doing things that we know don’t work.

Where do you stand on mental health in the mining industry?

Mental health is a great example of the inadequacy of control and behaviour-based approaches to safety. Depression and anxiety are not moral failings, nor do they come about through individual complacency or distraction. If you expose a thousand workers to the same isolation, stress and fatigue, some will thrive and some will struggle, with most falling somewhere in the middle.

The key is not to try to guess which workers will struggle, or to detect and correct the “poor choices” made by the strugglers, but to improve the conditions of work for everybody.

Of course we should continue to identify, report and treat mental health problems in the same way that we manage any work-related injury, but there’s a tendency to wait for early warning signs and then react. Imagine if all we did to manage fall injuries was train workers in how to recognise if they’d fallen, and encourage them to seek help.

Whilst I agree that mental health could be more of a priority for mining companies, there is a balance to be struck between care and paternalism. Fly-in fly-out work creates problems with fatigue, isolation, relationships, and substance abuse – yet many workers prefer FIFO to relocation.

Is it really the role of a company to dictate the best lifestyle for its employees? Probably not. On the other hand, when the company itself has such a large influence over the living conditions of its staff, management must take responsibility for the effects of their own decisions.

Wherever possible, FIFO should be a choice, not an obligation. Where it is not a genuine choice, mining companies have a direct responsibly to alleviate the hardship they are causing. Extra salary, whilst it may compensate for discomfort and inconvenience, is not mitigation for safety risk.

Do you think safety is skimped on due to pressures by managers and companies to produce more and more?

Pressure for more productivity is probably a good thing for safety. It forces safety practitioners to make a business case not just for safety as an abstract notion, but for the particular activities they are asking workers to perform. One twenty minute briefing, multiplied by a site workforce of two hundred, costs over a personweek of labor. A five minute checklist, performed by every worker before every task, could easily be the difference between a profitable and a loss-making project.

If those activities are actually causing workers to resent safety, and are distracting the organisation from the true threats, then line management and safety management should be united in wanting to know if they are really worth doing.

His recent publications draw together theoretical and practical critiques of safety practices. He seeks to understand how much of what counts as safety is driven by habit and ritual, rather than evidence of effectiveness.

Drew also lectures and convenes the Graduate Certificate and Master of Safety Leadership programs at Griffith, and presents the popular DisasterCast podcast.