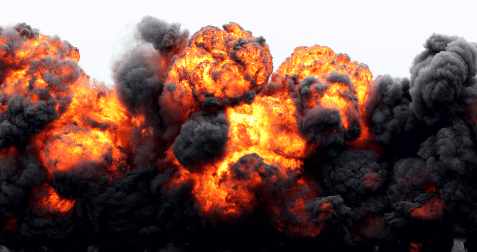 Three people have been killed and ten injured after a massive explosion at an oil rig off the coast of Brazil.

Six other workers are still missing from the FPSO Cidade de Sao Mateus oil rig located in the South Atlantic Ocean about 120 kilometres off the coast of the Brazillian state of Espirito Santo.

The ABC is reporting that a workers union is blaming a gas leak for the explosion which occurred yesterday.

Operators of the oil rig Petroblas, have released a statement saying the site has now been brought under control.

“Of the 74 workers on board, three did not survive their wounds and died on site,” the company said.

“Ten were injured and have already been taken to hospital by helicopter for medical attention. Six others have disappeared.”

Espirito Santo health officials said two workers had sustained serious burns in the explosion and eight others had concussions.

The explosion is the latest  in a string of accidents at sites operated by Petroblas.

According to the ABC, just last month three people were injured in an explosion at a refinery in the north-eastern Brazilian state of Bahia.
Two other operation were also plagued by fires in 2013 and in February of last yeat, the company was forced to partly evacuate an offshore rig over fears that it was unstable.