AMSJ » Tropical cyclone to bear down on mining region 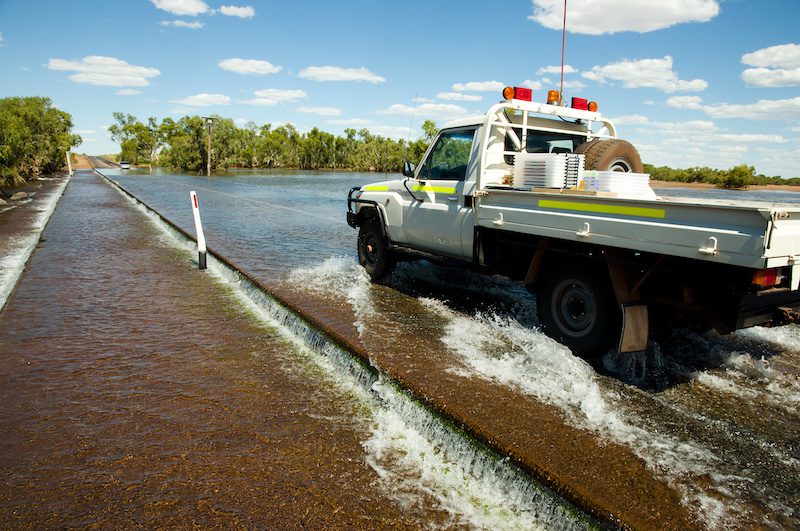 Tropical cyclone Damien is likely to bear down on the Western Australian coast between Port Hedland and Onslow. The tropical cyclone is expected to have wind gusts in excess of 200 km/h and heavy rains.

Bureau of Meteorology’s Neil Bennett said “It will start to introduce some gale-force winds to the Pilbara Coast from Friday onwards.”

“We’re expecting it to intensify further during the course of Friday and into Saturday [before] crossing the coast along the Pilbara area anywhere from Port Hedland through to Onslow … as a severe tropical cyclone category three.

“As it makes that crossing we would expect to see winds with gusts in excess of 200 kilometres per hour and also some heavy rainfall, so as with all cyclones this is a potentially dangerous system.”

A BLUE ALERT has been issued for People in or near Port Hedland to Mardie including the Town of Port Hedland, Whim Creek, Point Samson, Wickham, Roebourne, Karratha, Dampier and Pannawonica need to prepare for cyclonic weather and organise an emergency kit including first aid kit, torch, portable radio, spare batteries, food and water.

The Bureau of Meteorology says gales are forecast to develop along the Pilbara coast between Wallal Downs and Dampier including Port Hedland from later Friday afternoon. DESTRUCTIVE winds with wind gusts to 150 kilometres per hour may develop overnight Friday night as the cyclone approaches the coast, increasing further on Saturday near the cyclone centre. If the cyclone tracks further to the west then gales may develop Saturday morning west of Dampier to Onslow.

ABNORMALLY HIGH TIDES could cause SERIOUS FLOODING at the coast between Dampier and Wallal including Karratha and Port Hedland on Saturday.

Heavy rain is likely to cause flooding in the Pilbara and Gascoyne as the cyclone moves inland over the weekend. Refer to Flood Watch at: http://www.bom.gov.au/wa/warnings/