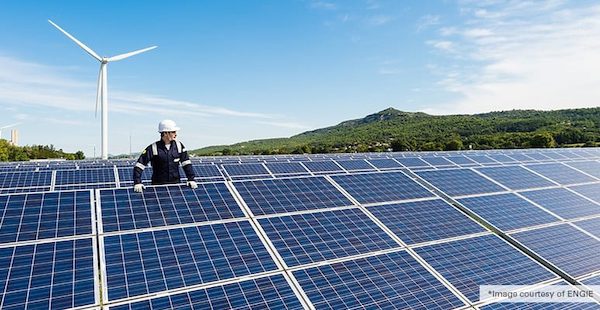 A new report, commissioned by the Weir Group plc has released which calculates mining’s share of global energy consumption and identifies ways the industry can aid the transition to net-zero emissions needed to limit temperatures in line with the Paris Agreement.

The report analyses the data of mine energy from over 40 published studies to give a comprehensive understanding of where energy is consumed in mining and minerals processing. It shows that the total amount of power used by the mining industry – which plays an essential role in providing the metals used at the heart of the modern economy – is equal to c.3.5% of global energy use.

BHP with JFE to address decarbonisation in the steel industry

The metals produced by mining are critical for enabling the global transition to low-carbon infrastructure. But without action, energy use in mining itself is set to trend higher in the coming years as demand increases for metals like copper, nickel and zinc. The report suggests there are technologies available today that could make a significant difference to this trend.  For example, it highlights that comminution – i.e. crushing and grinding processes – is the single biggest user of energy at mine sites, typically accounting for 25% of mining’s final energy consumption. This is equivalent to the power used by 221 million typical UK homes, or c.1% of total consumption globally. Comminution is therefore a natural target for the most impactful energy savings opportunities.

Small improvements in comminution technologies can lead to relatively large savings in both energy consumption and greenhouse gas emissions. For example, a 5% incremental improvement in energy efficiency across comminution could result in greenhouse gas emissions reductions of more than 30m tonnes of CO2-e. The replacement of traditional comminution equipment with new grinding technology also reduces indirect emissions in the mining value chain, for example by removing the need for the manufacture of emission-intensive steel grinding balls. Of the remaining energy consumption by the mining industry, diesel in varied forms of mobile equipment accounts for 46%, electricity in mining (ventilation) 15% and “other electricity” 14%.

Other significant opportunities identified by the report for reducing mining’s energy consumption include optimisation, big data and artificial intelligence. In addition, if zero-emissions energy sources are deployed for mining equipment – e.g., renewable energy, energy storage and alternative fuels – then the industry may well be able to achieve zero emissions, leaving a relatively small role for offsets and carbon credits to play.

The report comes as the mining industry is under ever-greater pressure to produce essential minerals that support some of the biggest global structural trends, from population growth to urbanisation and decarbonisation. Copper, nickel, steel and lithium are core components of electricity transmission and storage, electric vehicles and renewable energy infrastructure. The move to a decarbonised economy will result in increased primary consumption of these mined commodities, even after factoring for recycling, so it is important that mining itself becomes more sustainable.

Weir Group Chief Executive Jon Stanton said: “The mining industry is central to economic development globally, with critical minerals enabling the low-carbon transition required in the rest of the economy. But the environment in which it will operate in future will be very different from the past, requiring comprehensive change and investment. In short: mining needs to become more sustainable and efficient if it is to provide essential resources the world needs for decarbonisation while reducing its own environmental impact.This report is an important contribution to that debate which we hope will spark thoughtful conversations around the world on the way forward.”

Alison Keogh, Chief Executive of the Coalition for Energy Efficient Comminution, said: “This report highlights both a challenge and an opportunity to revitalize cross-industry discussion and actions on decarbonisation and ESG solutions. We invite industry leaders to actively contribute and collaborate through mining-vendor-research partnerships and share knowledge. Together, we can accelerate improved energy, emissions and water footprint across industry faster.”

Stuart Hayton, Managing Director of Weir Minerals Netherlands, where the Enduron® HPGRs are designed and manufactured, added: “Not only do Enduron HPGRs require as much as 40% less energy than traditional alternatives, their wearable components last much longer and the maintenance time required to replace worn out parts is significantly lower. The estimated carbon saving of each Enduron HPGR in operation is equivalent to taking more than 3,600 petrol-fuelled cars off the roads each year.”