AMSJ » When is a mine fire, a REAL mine fire?  North Goonyella 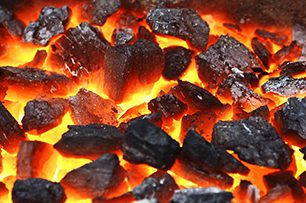 Carbon Monoxide (CO) and Hydrogen (H2) levels in Peabody’s North Goonyella mine reached significant levels indicating a mine fire on the 25th September 2018 according to industry sources.

Industry sources say that from the 14th September 2018,  CO levels sat around 600 ppm and climbed to approximately 28000 ppm (2.8% of the atmosphere in the mine) on the 25th September 2018. Similarly on the same day, Hydrogen levels (indicating the potential presence of a raging fire) were sitting at 36000 ppm (3.6% of the mine’s atmosphere). Ethylene was also detected.

The probability of an explosion occurring underground was highly likely at these levels.

But it’s the question on many underground coal miner’s minds at the moment. When did Peabody’s North Goonyella actually start to burn? When did the heating become a mine fire?

Was it on the day that the market was notified (28th September 2018), or did Peabody Management and the Queensland Government Mines Inspectorate know well before hand? Were the pair complicit in withholding critical information to the public and the market?

Peabody Energy, the Queensland Government and the CFMEU have remained tight lipped and obviously for legal & insurance reasons are refusing to go public with any information. Peabody is continuing to maintain a cone of silence and has recently warned staff about discussions with the media.

Of course, mainstream media just want the big picture story. AMSJ readers have told us they want more details in order to prevent the occurrence at their own mines and to get the facts rather than relying on the raft of rumours spreading like wild fire through the underground coal mining community.

While Peabody has been upmarket regarding the attempts to control the fire, some across the mining industry are doubting the capacity of the GAG Jet to fill the mine void with enough inert gas to effectively extinguish the fire. The capacity of seals and stoppings  together with the placement of mine ventilation prior to the connection of the GAG to the mine by the Queensland Mines Rescue Service is seen to be critical in ensuring the fire is controlled. You can read more about issues surrounding the capacity of the GAG in our story  The CFMEU has also come out in support of the Peabody’s actions.

Do you know more about the North Goonyella incident? We’d love to speak with you.