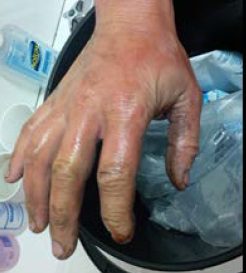 A Safety Alert has been issued over an incident in which a tradesman suffered second degree burns on his right hand, after drilling into an enclosed excavator counterweight and causing a gas explosion.

The worker was using a battery drill at the time of the incident and was not wearing gloves.

According to the Safety Alert, a chemical reaction between the steel and the moisture in the concrete created hydrogen which built up inside the compartment over time.  The explosion was caused when gas escaped as the worker drilled through the steel plates of the excavator counterweight.

The injured man was part of a team working to assemble a large hydraulic excavator at the unnamed mine in New South Wales.

The Safety Alert, issued by NSW Mine Safety, describes the incident:

“During the project, bulging in the external steel structure of the 70 tonne counterweight was identified. Repair instructions were requested from the manufacturer. Before the repair instructions were received, a hole was drilled into the top surface of the enclosed section of the counter weight to relieve the pressure. This caused an uncontrolled release of hydrogen gas stored under pressure in the counterweight, which ignited as it passed the hot drill bit on the electric drill.”

The recommendations made by NSW Mine Safety to prevent further incidents of this kind from happening can be read on the the following Safety Alert: Fire-ignites-from-worker-drilling-into-sealed-void 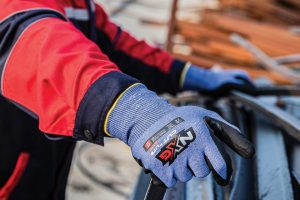 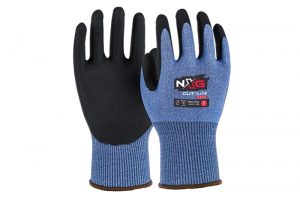 THE NEXT GENERATION OF GLOVES