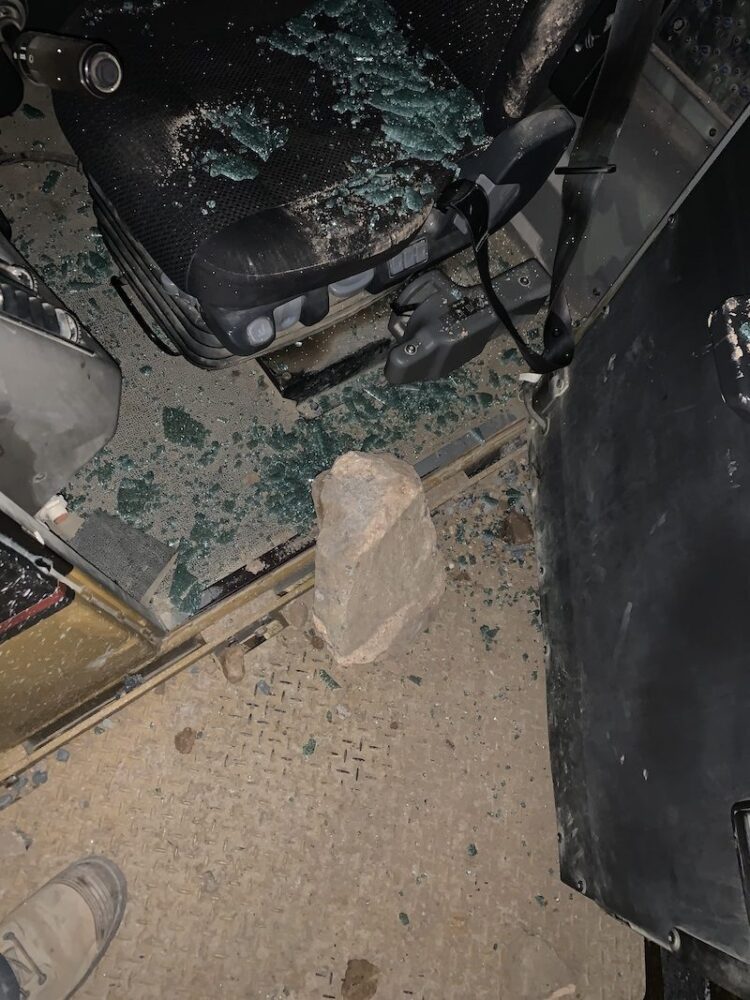 The NSW Resources Regulator has reported an incident occurred at an underground metal mine. An operator was loading a truck at the oxide stockpile when a rock, weighing approximately 20 kilograms, came off the bucket and bounced through the truck side panel window, making contact with the operator. The operator received bruising to the upper arm.