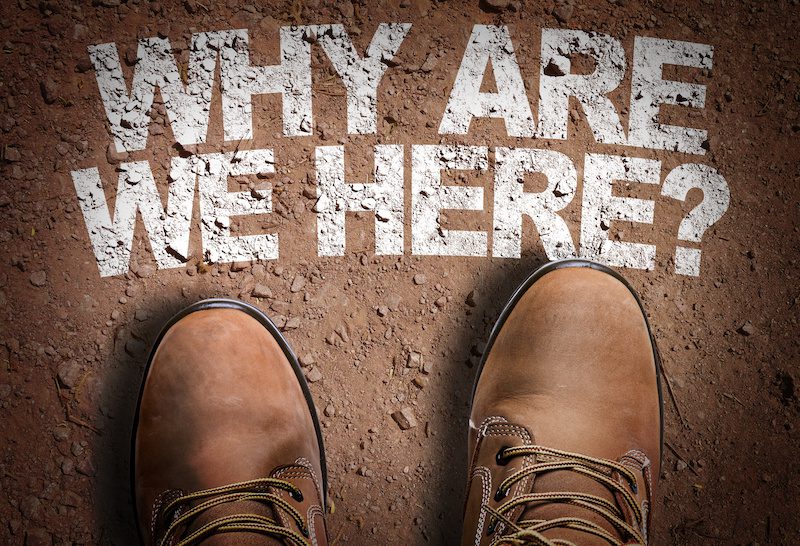 We are still causing too much serious injury illness and death at work and if we keep doing the same thing we will get the same result. In 2012, Dave Whitefield shared his thoughts with us on Zero Harm Safety…it seems the more things change, the more things stay the same.

I am not a zero harm advocate, and I think it is an inappropriate tool to use when trying to improve safety in the workplace. In this article, I get a chance to put forward my thoughts in what I hope, at the very least, presents another point of view, and therefore prompts further discussion. I passionately believe that in OHS we need to be willing to question what we currently do, and be willing to let go of it if it isn’t working, even if it was our idea in the first place, or if we don’t have the next answer.

For me, zero harm fits into that category. What we are currently doing is not working well enough. We are still causing too much serious injury, illness and death at work, and if we keep doing the same thing, we will get the same result, and some call that insanity.

Why zero harm in the first place?

When did zero harm become the must-have patch for fluoro-orange shirts? I can’t say I could put a specific year on it, but I do think it has gained a lot of traction along with the rise of the many and varied behavioural safety initiatives. These, in turn, were in response to the gradual realisation over the last decade and a half that safety improvements had to include the people element if they were to succeed.

When did zero harm become the must-have patch for fluoro-orange shirts?

So OHS programs started to focus on getting buy-in from the front line workforce, about creating a commitment rather than compliance culture and I feel this was the birth of zero harm. In the early days, it was a visionary statement used by leaders, however, over time, it has become the lynchpin of OHS. To the point now where some companies are using zero harm in all their OHS material, simply because they believe they won’t get work with the big players if they don’t.

For me, this is where it all started to go wrong, and the fact that most of our legislation has an absolute duty of care provision and reverse onus of proof, but that’s a whole other argument, and is about to change from January next year.

The two basic problems created by using zero harm are that one, it actually damages safety culture, and two it can hide serious underlying safety risks. The rest of this article will talk about both of these issues, and how the use of zero harm can have the completely opposite effect of that intended.

Remember the key line in the Mars Bar commercials? “A Mars a day helps you work, rest and play”. What a great concept, convincing us that no matter what we are doing, a Mars is totally appropriate. The ad also highlights that for most of us we have three primary areas of our life, our home life, our recreational activities, and out work.

Now if I asked you whether you expected zero harm safety at home what would you say? For me, I don’t expect zero harm at home. I’m OK with a little bit of harm, with minor scratches and bumps and burns, and when it comes to recreational activities I think it is even harder to apply zero harm. How can you participate in any physical sport, let alone a contact sport, and apply zero harm?

Yet when we get to work we are suddenly asked to shift into zero harm mode, and I think it just doesn’t fit with the average worker’s expectations. It is so absolute, and I honestly think most workers are OK with a little bit of harm – with the minor cuts and bumps and scratches. But this belief is at odds with zero harm, and so it creates disenfranchised workers and cracks workplace culture.

The myth of the incident triangle

For a very long time in safety, we have used the incident triangle to demonstrate that most workplaces will have more minor injuries than serious. However, what has then been done (in error) is to assume that the incident triangle is a predictor, not just a factual statement of statistical probabilities.

When used incorrectly (as a predictor) it has created a myth that if we reduce the number of minor injuries, then we are less likely to have serious incidents. However, the energies that cause minor injuries do not cause serious injuries, illness and death. Vehicles don’t cause scratches. When you fall from a ladder it doesn’t matter if you have your sleeves rolled down. Electricity doesn’t care if you’ve done a JSA, Take 5 or have a Permit.

The problem is that the misuse of the incident triangle as a predictor, when combined with zero harm, becomes deadly. A zero harm philosophy makes everyone focus on what happens more often, which is the minor stuff (especially if their pay is affected by it). This drives compliance efforts for minor issues, which in turn often reduces minor injuries.

The problem is when everyone sits back and thinks that a serious injury, illness or death is now further away because there are less minor events. It’s just wrong, and it’s dangerous. Serious events just occur less often but bear little relationship to how many FAIs there have been. To sink the boot right on, not only does this lead to a false belief that things are safer than they really are, but it also disenfranchises workers because they are smart enough to know it isn’t.

Zero harm is a negative and absolute term and should have no place in a modern safety-focused workplace. Using zero harm to promote and sell safety harms safety culture and can hide significant underlying safety issues. Stop using it, engage with your workforce and ask them what they want and what they think is important.