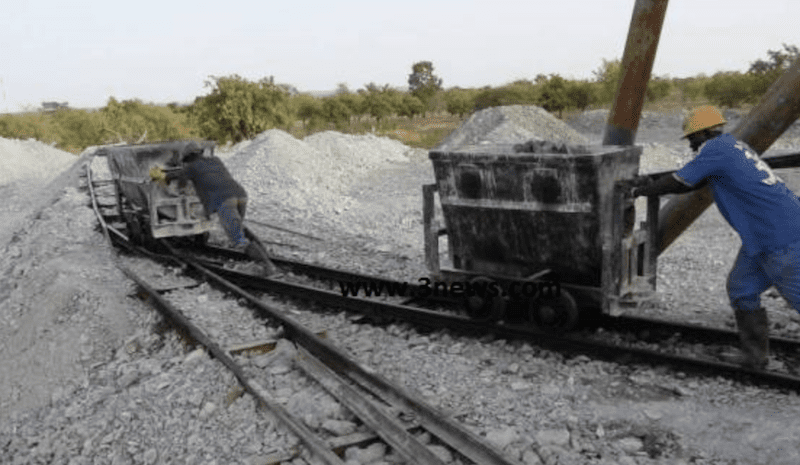 Sixteen miners are confirmed dead at a gold mine in Ghana run by a Chinese mining company. The exact cause of the fatalities is being investigated, but Ghana local media have reported that the miners were killed in an explosion in the mine.

The miners were said to have carbon monoxide gas following a blast explosion. A report by Ghanaian Times on Thursday said that a source at the Bolgatanga Teaching Hospital confirmed that they died from poisonous gases.

Local Government spokesperson Christopher Boatbil told AFP that “The death toll is 16,” He also confirmed that the management of a local mining firm had also been arrested.

The mine has been plagued with accidents over the years. In October, an underground cleaner died after being struck by a machine. In April 2017, seven illegal miners were trapped by smoke and killed.

Shortly after the October incident, the mining company denied responsibility for the incident. It said the other incident of injury is unrelated to the mine. “We state without equivocation that no such incident such as ‘choking’, ‘explosion’ or ‘gassing’ of any person has occurred in our mine.”

The mine is run by China’s Shaanxi Mining Company Limited. A spokesman for the company, Mr Maxwell Wooma, said the victims were all illegal miners and that none of its staff was involved.

In April last year, six miners were killed and two injured when the roof of a tunnel collapsed at a gold mining site operated by US-based Newmont in Ghana’s southern region.

In July 2017, at least 22 people were killed after an illegal goldmine collapsed in western Ghana.

In April 2015, three people died and 14 others required medical treatment after inhaling toxic fumes at the Shaanxi run mine.