AMSJ » A collision between jumbo and loader 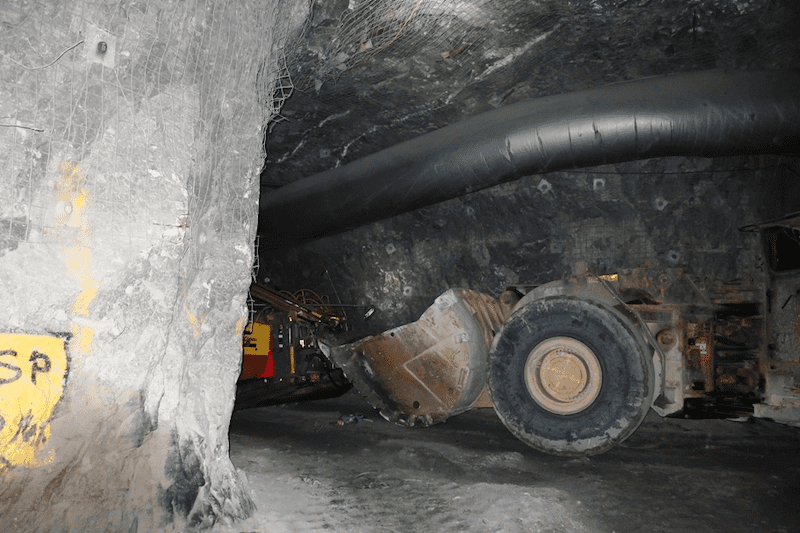 A collision between a jumbo and a loader bucket at underground metal mine has been reported by the NSW Resources Regulator.

According to the Regulator, a collision occurred when a jumbo was parked on the start of a decline. A loader bucket hit it in the rear. The operator of the jumbo was at the front of the machine at the time of the collision. No one was injured.

The Regulator, operators should ensure that all safety devices, such as beacons, are present and operating when undertaking a pre-start assessment and take the necessary action to remedy any faults.

Operators should also assess risks that may arise from their actions. When parking a vehicle, the operator should maintain situational awareness. If it is necessary to park in a position that increases the risk of a collision, positive communications and/or other risk controls, such as signs, should be used to minimise the risk.

The NSW mine safety regulator has commenced prosecution proceedings against Maules Creek Coal Pty Ltd over a collision involving two trucks at the Maules Creek Mine near Narrabri in April 2018.

According to the Regulator reports, on the morning of the 21 April 2018, a service truck operator suffered serious injuries when the service truck he was driving collided with a haul truck at a four-way intersection at the Maules Creek Mine. The operator of the haul truck was not physically injured.

The collision resulted in significant damage to the service truck.

The incident reportedly resulted from changes to traffic management on the site on the day prior to the incident.

The Mine safety regulator alleges Maules Creek Coal Pty Ltd contravened Section 32 of the Work Health and Safety Act 2011, by failing to comply with a health and safety duty under Section 19 of the Act.

The alleged Category 2 offence has a maximum penalty of $1.5 million.

The prosecution matter is set for mention in the NSW District Court in Sydney on 10 February 2020.