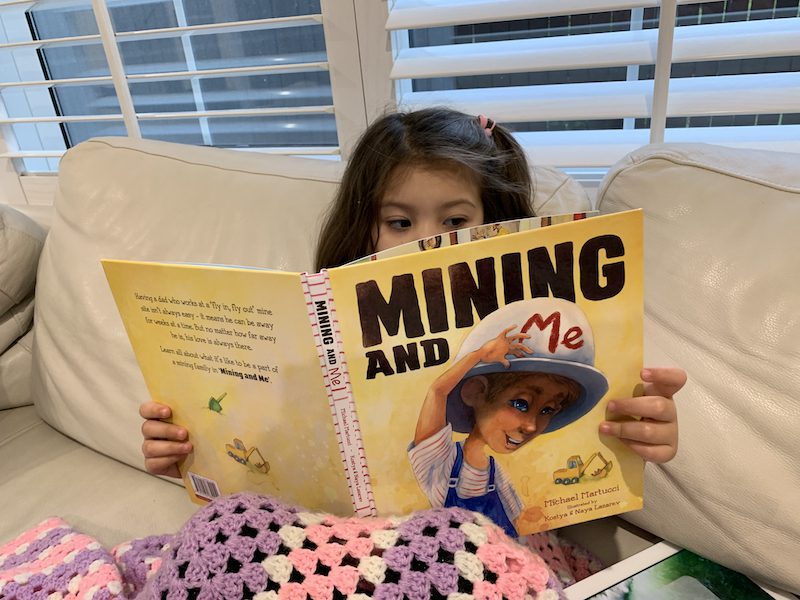 A new illustrated children’s book has been released by a second-generation FIFO worker. The book aims to help kids understand the challenges that dads and mums face with FIFO life.

Michael ‘Tucci’ Martucci is the younger son out of two boys and travels weekly to a remote mine site in outback South Australia. He has been working in mining for four years as a Health and Safety Specialist following in his father’s footsteps, who worked as a FIFO in the oil and gas industry.

Being a part of a FIFO family, Michael tries to balance work and life, spending most of his time at a café with his friends and family at the expense of having his senses being overloaded with caffeine.

To him, nothing is more important than always coming back home to maintain relationships with his family and friends, something he has realised is the most important thing as he began getting older.

Michael told AMSJ that “Growing up, my father worked FIFO for many years, mostly on 2 weeks on / 2 weeks off roster.  For over the past 4 years I have been working FIFO as well, on an 8:6 roster.”

” The more I worked away, missing birthdays, weddings, Christmas and every other event, I wondered how difficult it must have been for my father to work away without the joys of technology we have today.

Michael wrote ‘Mining and Me‘ on a plane flight home, on fly out day after 8 days of being away.

He said that “As I started putting words down onto paper, the story become a poem, which eventually led to the story we see now”

The book speaks to parents and children about ‘why’ they work away and importantly for the children, reinforces the message of love, no matter the distance.

Michael hopes everyone who reads ‘Mining and Me’ is able to reflect on what they have gone or are going through, either as a child of FIFO or a parent in FIFO, and remember to always communicate with each other about everything.

The beautifully illustrated Children’s FIFO book is now available in hardcover and ebook formats through Michael’s Website or is available in Dymocks, Angus & Robertson and a range of other book retailers.