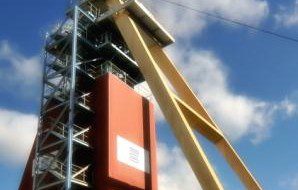 Access to the iconic headframe at the Beaconsfield Mine and Heritage Centre has been temporarily suspended following uncharacteristic ground movement under the superstructure.

West Tamar Mayor Christina Holmdahl said comprehensive assessments of the mine shaft, headframe and surrounding surface is underway to determine the extent and cause of the movement.

“The headframe, the most visible structure for many miles around Beaconsfield, once an integral working component of the Beaconsfield Gold Mine, has been a major drawcard of the mine yard display at the Beaconsfield Mine and Heritage Centre since the display’s opening in 2015” Mayor Holmdahl said.

“Once the cause is known we will develop an appropriate plan to secure the site.”

Mayor Holmdahl said that as a precautionary measure public access to the mine yard has been suspended until risks and remedial requirements have been fully assessed.

The rest of the Beaconsfield Museum and Heritage Centre remains open.

TagsBeaconsfield beaconsfield mine and heritage centre Mine Safety tourism