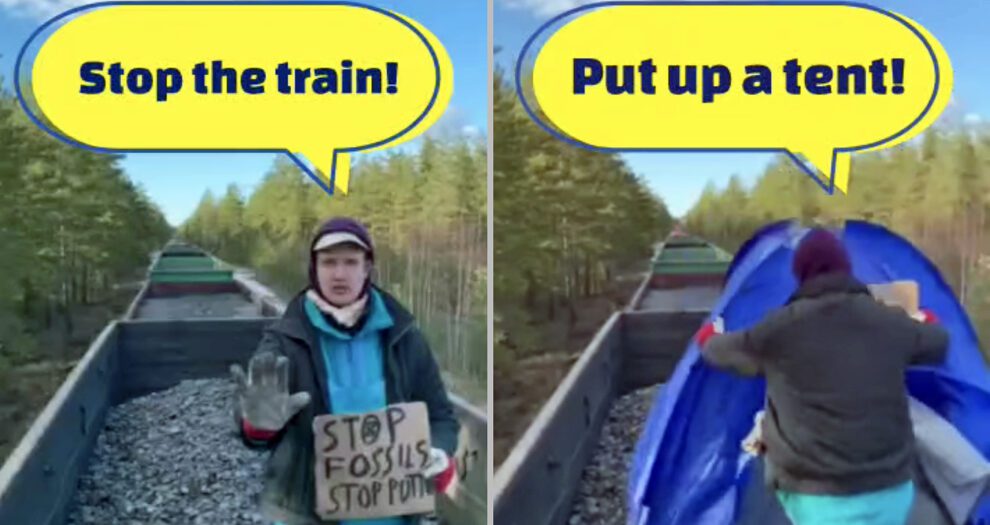 Environmental protestors encouraged everyone to use their bodies and portable shelters to block heavy vehicles.

He explains large locomotives can be easily stopped in “under 60 seconds” through human barriers, hand signals and some camping equipment.

“First, stop the train. Second step, put up a tent,” he said in a video shared on Facebook.

The video cuts to earlier footage of four Extinction Rebellion supporters blocking a coal train. AMSJ understands the group used a lock-on device to prevent emergency responders from easily removing them from the scene.

Frontline Action on Coal, which shared the footage on social media, then suggested supporters can use the method to save money on camping fees.

“Did you have trouble finding a camping spot this long weekend [and] want guaranteed camping, without a booking required? Have you considered taking your next camping trip on top of a coal train?” the group said on Facebook.

“Coal trains make for a great camping spot that not only avoids the holiday crowds but also helps the environment and climate.”