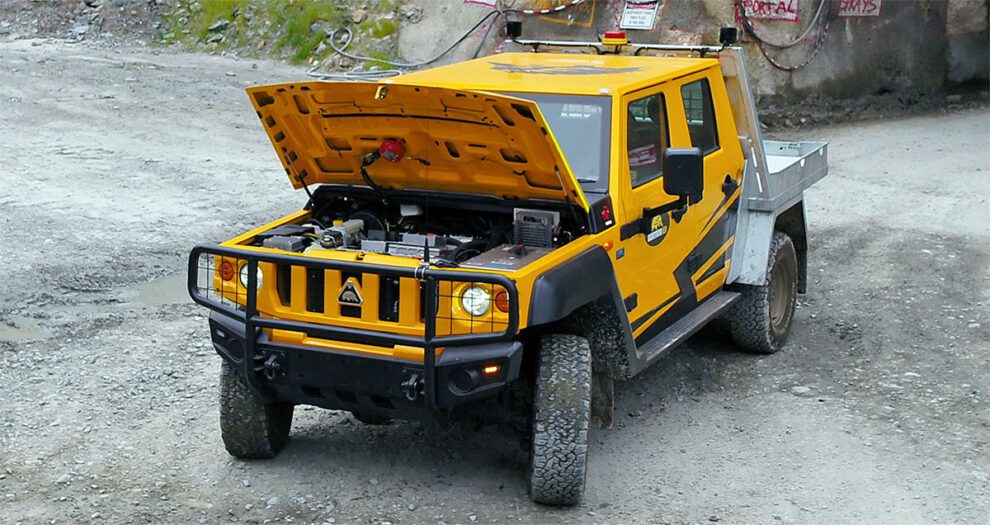 Safescape has received orders for at least 10 Bortana electric dual-cab utes, and expects to deliver them to several mine sites across the nation shortly. Resources producers chose Bortana to replace conventional diesel light vehicles, which release harmful diesel fumes that can create safety hazards underground and in other confined spaces.

“There is a risk to miners’ health in terms of diesel particulates underground with all the vehicles and mining equipment currently being used,” Safescape general manager Allison Deadman said according to the Times News Group.

“The move to electric vehicles is about miners’ safety, being able to decrease some costs in ventilation and remove those diesel particulates from the environment.”

Bortana is touted to release no tailpipe emissions and offer enough range to work one shift without requiring a recharge. It is claimed to operate quietly, offer better traction in soft muddy conditions and cope well at depths of 5km or more. Replacement parts are also promised to be significantly cheaper than those required for competing brands.

The vehicle is powered by batteries manufactured by 3ME Technology and fitted with wiring harnesses from Jayce Engineering. Brazil-based Agrale manufactured the Marua (meaning wild bull) chassis from fully galvanised, completely sealed and anti-corrosion coated heavy-gauge steel. The rear axle is rated for one tonne greater than the vehicle’s payload.

La Trobe University and Bendigo Tech School are also collaborating on the project. Full production is expected to begin before Christmas.