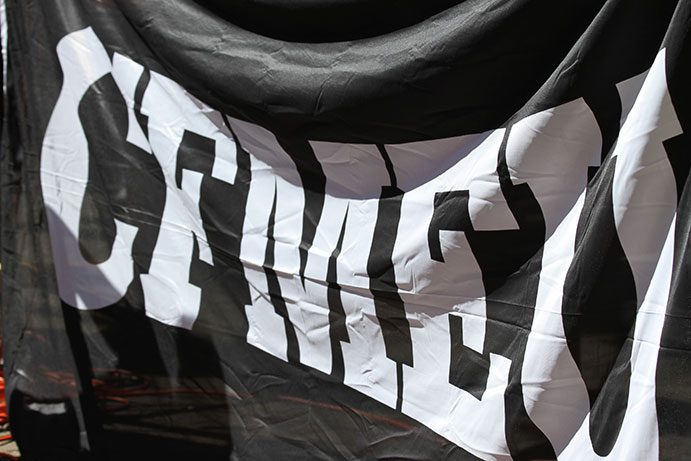 German Creek miners are concerned Anglo American will employ armed security guards to intimidate workers striking at the Middlemount mine, according to the CMFEU.

The union wrote to Anglo American’s CEO Mark Cutifani asking for assurances that proposed security guards employed by the company would not be armed, and would not follow or harass workers undertaking protected industrial action.

The CEO has refused to assure these measures will not be taken.

CFMEU Mining and Energy District President Stephen Smyth said given Anglo’s history on similar cases, he believes this is part of an ongoing strategy by Anglo to intimidate the union, its members and their families during the hostile industrial process that is entering its third year.

“Only last month we were told 83 workers will be made forcibly redundant by the company,” Mr Smyth said.

“Workers and their families are alarmed at the series of attacks where Anglo is trying to pick off workers who are standing up for their rights and conditions.

“In our letter to Mr Cutifani we only asked for an assurance these drastic tactics weren’t going to be used – he refused to do that.

“Now we have a case where our members and their families believe the company plans on harassing them to get an industrial outcome.

“This is a shameful case where a mining giant is trying to heavy the community to get what they want, and it’s unacceptable.”

Mr Smyth said the CFMEU called on Anglo to stop their tactics of intimidation of union members and their families, and return to negotiations to bargain in good faith.