AMSJ » Are your light vehicles on site really safe to tow their loads? 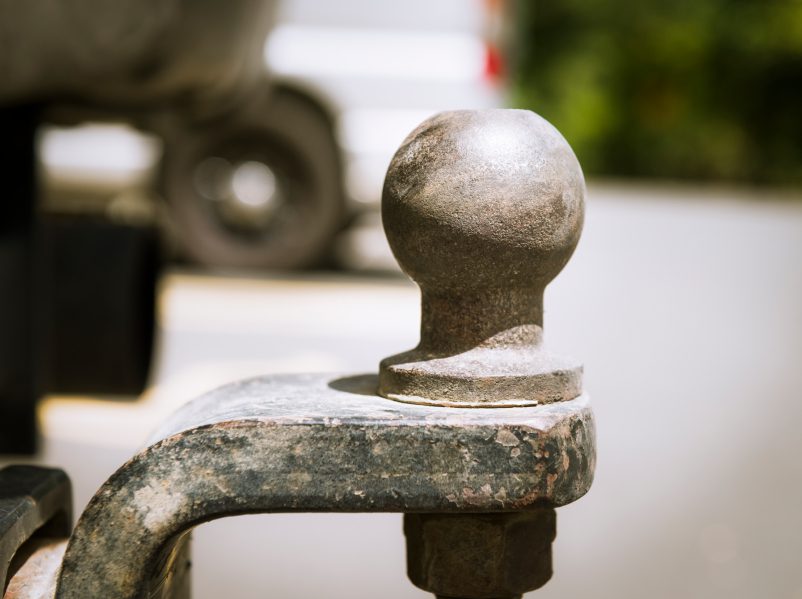 Across Australia’s mining and energy sites many operators of light vehicles assume load capacity stated by the manufacturer is safe for for operation of the vehicle however, recent investigations by AMSJ found that there is sufficient evidence for mining companies and operators to re-assess their existing assumptions.

Rated towing capacity of many light vehicles used on sites is quoted at 3500kg, but how is this calculated by the manufacturer and what does it mean for the operator?

It’s first important to examine the meaning of GVM or Gross Vehicle Mass. GVM is the the maximum weight that the vehicle can legally weigh during operation (as recommended by the manufacturer). This figure is typically calculated on a fully loaded vehicle with passengers, fuel and cargo.

This is generally defined on the vehicles compliance plate, and it typically does not included retrofitted items such as mine spec components, bull bars or rollover protection (which are defined as vehicle payload). Most domestic 4WDs in Australia, when typically loaded up with bullbars, ROPS and toolboxes, passengers and fuel, can have payloads of around 1000kg.

Manufacturer’s also define a braked tow rating, meaning how heavy the trailer is that can be towed with or without independent braking. The braked tow rating is the trailer’s Aggregate Trailer Mass (ATM) – that’s how much the trailer weighs.  The Gross Trailer Mass (GTM) is the ATM with the towball mass (downforce) subtracted.  Take a common site example. A trailer that weighs 3500kg has a 3500kg ATM, and if there’s 400kg on the towball the ATM is 3100kg. While we use GVM in vehicles, we use ATM in trailers definitions.

So, by now you’re saying ‘what’s all this mean for me or my site? This is starting to be confusing for me’.

Well there’s one more factor that is very relevant. GCM (Gross Combination Mass) GCM is the total weight of the vehicle, trailer and their loads combined. For example: GCM = Weight of light vehicle + weight of trailer + payload (Vehicle and trailer)

The GCM on the ground shouldn’t exceed the manufacturer’s GCM rating, and vehicles can not be loaded to exceed the vehicle’s GVM or individual axle capacities, even if the total combination weight is lower than the rated GCM.

Take, for example, the 2016 Toyota’s Hilux Workmate Turbo Diesel Xtra Cab Chassis 2.4L 4×4. It’s manufacturers towing capacity is rated at 3200kg braked. It is not apparent from existing marketing material online that this figure is calculated with loads and it appears that tray weights may not have been accounted for in calculation of this specification. If we mine spec this vehicle it is clear that it’s towing capacity is going to be substantially reduced.

So when selecting a vehicle for a specific towing application, it’s slightly more complicated than just assuming the manufacturer’s quoted towing capacity will be okay.

It is clear that manufacturers of light vehicles are using rated tow capacities to enhance their marketing efforts for Australian mines. Often these rated towing capacities are oversimplified. As operators of light vehicles, site personnel should be aware that rated towing capacities are sometimes skewed by a range of caveats and exclusions from manufacturers that, when really examined in detail against a particular site-based practical application, can vary significantly.

At the end of the day, site-based towing applications can be extreme and as operators we often make assumptions about towing capacity.

We should be careful to compare apples with apples when it comes to selecting a vehicle’s real towing capacity. Of course, if it all becomes too daunting – ask an expert!