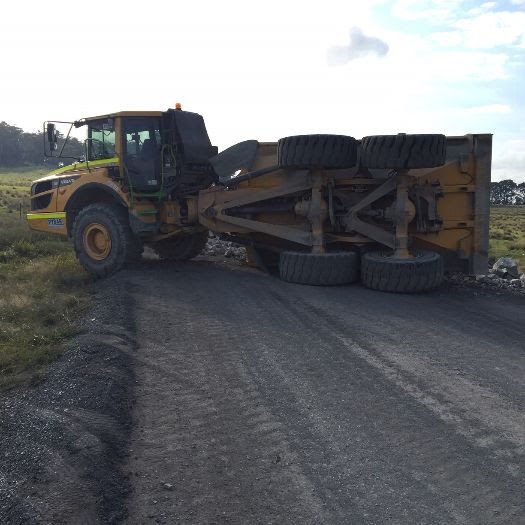 Articulated dump truck incidents occur across the mining and quarrying industries with alarming regularity. Some of those incidents are fatalities. This week a regulator reported that ‘an articulated dump truck veered off a haul road. The truck driver over-corrected the steering when trying to bring the truck back onto the road, resulting in the truck rolling over.’

It’s certainly not the first incident involving loss of control of an articulated dump truck. In April last year, we reported that articulated dump truck rollovers were occurring on at least a bimonthly cycle and a quarry worker was killed in a Queensland quarry in July 2018 when he was pinned under a cab following a rollover.

In this latest incident, the NSW Resources Regulator has warned mines again over the dangers of articulated dump trucks. The Regulator said ‘operators of articulated dump trucks are reminded to drive to conditions and consider their experience level, prevailing light, tightness of corners, and gradients. Any concerns over the performance of the vehicle to operate as expected should be investigated or notified to supervisors.’
Image: NSW Resources Regulator
Read more Mining Safety News