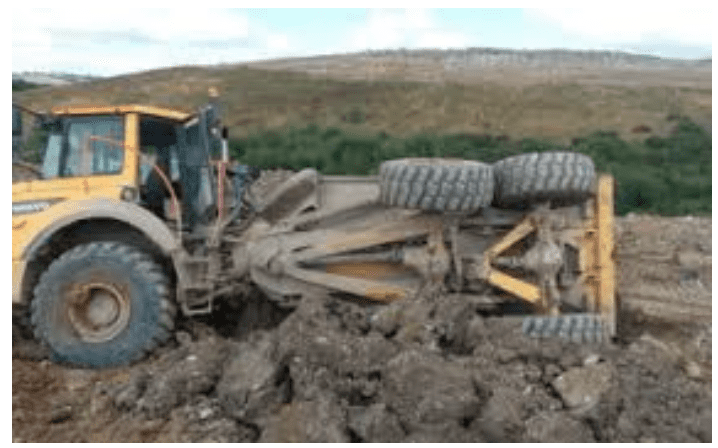 MinEx NZ has published a safety alert of an articulated dump truck incident.

According to the report that a loaded articulated dump truck was on a ramp leaving the pit as the operator attempted to merge onto a haul road. As he turned onto the haul road the ray overturned and the cab of the articulated truck remained upright.

The driver acknowledged that he was speeding and had not been paying due attention. The driver was shaken, but not injured.

The investigation identified that the driver had previously been cautioned about speeding on site. Following due consideration, the driver was stood down.

MinEx NZ stated, “data on incidents with the potential to cause harm over the 36 months to June 2020 shows 30% of ALL incidents involved mobile equipment (907 incidents), 390 of which involve loss of control of a vehicle.”

To respond of this incident, MinEx NZ recommends: