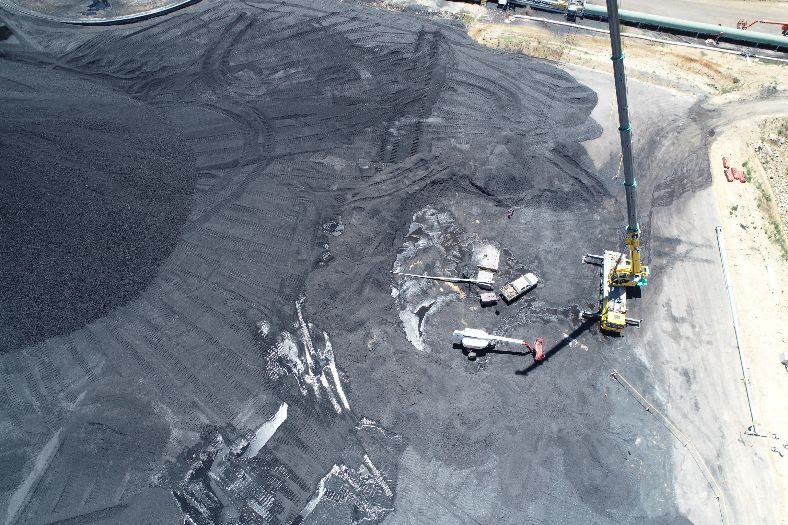 The NSW Resources Regulator has reported a dangerous crane lifting accident that occurred in an open cut coal mine.

According to the report, workers were using a crane to lift and lower light poles from their foundations. After attaching a chain to the bottom of a pole, a worker was to use an elevated work platform to attach a sling mid-way up the pole before lifting. However, before this happened, the crane operator tensioned the chain, causing the pole to lift from its foundation and topple over.

In response to this accident, the Regulator said, “light poles should remain bolted in place until all slings and lifting equipment are in position so that the pole cannot fall when bolts are removed. Mine operators should have documented procedures for the task. Supervisors and workers should ensure that the procedures are followed throughout the duration of the task. It is vital that all parties actively involved in the task clearly communicate their intentions to others. No-go zones should be delineated and clearly communicated to all workers in the vicinity.”

A crane operator has been struck by lightning at work near the Brisbane port in the early hours of this morning. The incident has demonstrated the risks of operation of equipment in lightning storms and the need for Lightning safety TARPS.

The young woman in her twenties was reportedly working in a storm at 2.50 am when the crane was hit by a lightning strike. Queensland Ambulance Service says that woman was transported to the Royal Brisbane Women’s Brisbane hospital in a stable condition.

While the recent incident is not mining-related, mining operators have previously been warned by mine safety regulators regarding inherent risks of operation of heavy equipment where lightning storms are identified. We have compiled a range of information that may assist in communicating the inherent risks of lightning when operating at mines.