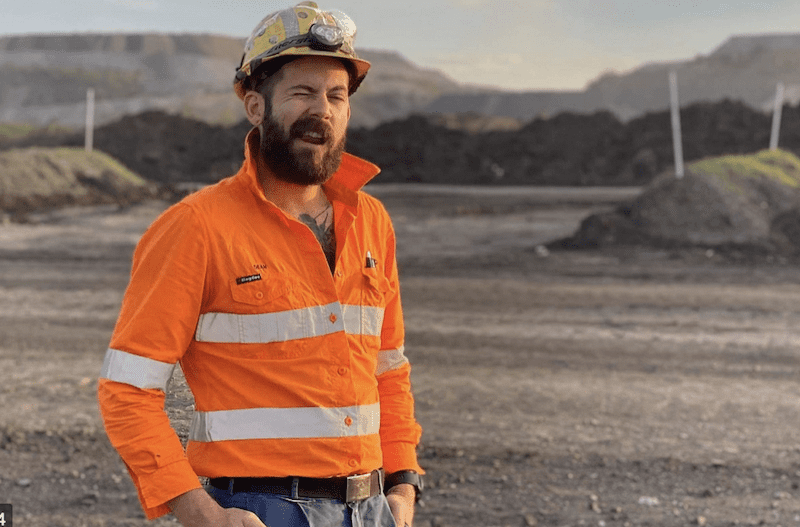 A hospitality worker and former Barista has made a leap of faith and is transitioning to a new role in BMA’s Operational Services.

BMA says that Dean Jorgensen was destined for a career in mining and Dean agrees.

“I was born and raised in Mackay in Queensland, and my father worked nearby at BMA’s Blackwater Mine,” Dean told BMA media.

“My older brothers and family friends were also part of the industry, so I was surrounded by mining growing up.”

When he left school, Dean landed a job in hospitality, which he stayed in for 10 years, saying it was a great foundation to grow and develop his customer service skills.

“In hospitality, you learn to be part of a team and work towards a common goal, which is something I’ve held onto over time,” Dean said.

“However, my father and brother were always in my ear about being ‘better off’ if I were to join the mining industry.

“I was quite happy with where I was at in life, but over time, I did hit a point where I knew if I wanted to reach the dreams I had for myself, the mining industry was the place I needed to be,” Dean said.

Taking a leap of faith, Dean left his barista role and accepted his first mining position.

“I never thought I would fit in, however, in the first week I was hooked on learning the ropes and the team was fantastic,” Dean said.

“After two years, and with a pay packet I’d never had before, I purchased good tools, a nice car and a motorbike as a reward to myself. This was nice, but over time I had lost sight of why I was there, to begin with.”

Dean said it was his position with Operations Services (OS) at BMA’s Peak Downs mine in Central Queensland that changed his outlook on his personal and professional goals.

“The leaders in OS helped me refocus my goals, and after eight months of saving, I’m at the stage where I’m building my first home,” Dean said.

“During such a tough time in the world, I feel incredibly fortunate to have a secure job where I’m happily employed and still making grand strides towards one of my many dreams.

“I’m in great position in my life thanks to my job with OS, I have never felt more happy, healthy – both mentally and physically – and financially sound and secure.

“I feel ahead of the game compared to where I would have been if I didn’t take that leap into the mining industry, and I’ll always have my dad to thank for it,” Dean said.