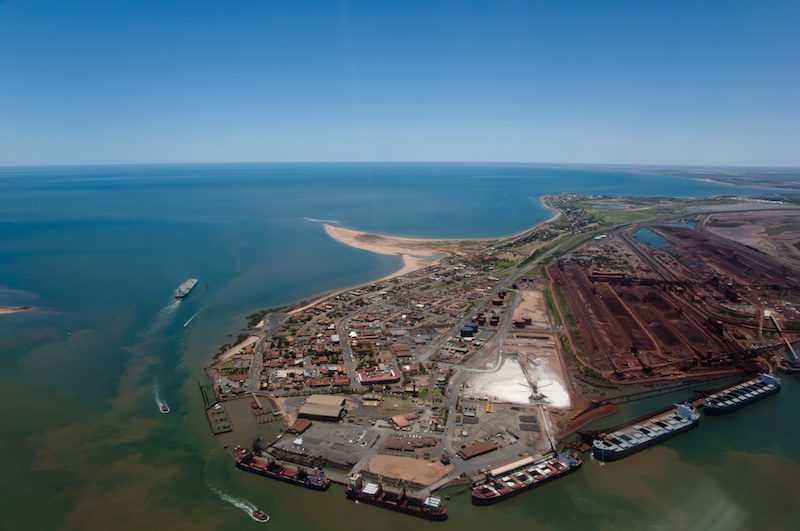 At the time of issue the cyclone is 35 kilometres of 20.5 degrees South, 117.7 degrees East, 95 kilometres east northeast of Karratha and 95 kilometres west southwest of Port Hedland.

BHP has confirmed that all port and rail activities have been suspended in the region.

In a release to mine workers today BHP said “Port Hedland is now on red alert, the impacts of Severe Tropical Cyclone Veronica are imminent.”

The intensity of the slow-moving cyclone is a major concern for operations given it’s growing intensity.

Over the last week, BHP Iron Ore operation has already sent all non-essential FIFO staff home. Ships have been requested to relocate out to sea, away from the coastline.
Rio Tinto also said today that it had requested ships to move away from the port and out to sea for safety.

“Safety is our top priority and we continue to monitor the movement of the cyclone. As a precautionary measure, the ports of Cape Lambert and Dampier were cleared of vessels and port operations stopped ahead of the cyclone,” a Rio Tinto spokesman said.

“Rail operations in the Pilbara and mining at our Robe Valley operations have also been suspended. “