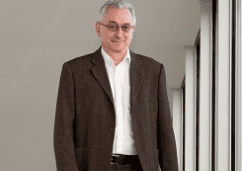 Bruno Oberle, a former Swiss Minister and an environmental expert, will head the global tailings investigation initiated in response to the recent tailings disasters of Samraco and Brumadinho. This week he will make his first fact-finding trip this to the site of the Vale dam disaster in Brazil.

Dr Oberle is currently the Chair for Green Economy and Resource Governance and Academic Director of the International Risk Governance Center at L’Ecole Polytechnique Fédérale de Lausanne (EPFL), Switzerland, a panel member of the International Resource Panel and a member of the Leadership Council of the Sustainable Development Solutions Network. He was previously the Swiss Secretary of State for the Environment and Director of the Swiss Federal Office for the Environment. Dr Oberle will oversee every aspect of the review.

According to available information, Oberle studied environmental science at ETH Zurich where he was awarded a doctorate, and also pursued studies in economics and mediation science.

Following graduation, Oberle founded and headed up environmental consultancy and environmental management businesses. He assisted public institutions and private corporations both at home and abroad with the definition and implementation of environmental standards, verification of their enforcement and analysis of their impact. For example, he played a decisive role in the introduction of environmental compatibility policies in a number of West African countries.

In 1999, Bruno Oberle was appointed Deputy Director of the Federal Office for the Environment, Forests and Landscape and in 2005 Director of the newly established Federal Office for the Environment. He presided until the end of 2015 over that agency with its extensive portfolio ranging from environmental protection to the prevention of natural hazards, from climate policy to forestry and from air hygiene to the licensing of chemicals.

In keeping with his conviction that efficient use of resources is a decisive factor contributing to a successful society in the 21st century, Bruno Oberle emphasized control and regulatory mechanisms oriented toward a market economy, while also stressing technological and social innovation.

Since 2016, Bruno Oberle has been Professor of Green Economy and Resource Governance at the EPFL. He also heads up the IRGC, the International Risk Governance Center at that same university. His work focuses on the transition to a society which generates greater benefits with less depletion of resources, thus respecting the limits of sustainability on our planet. This involves the identification and quantification of the key parameters of that transition. The mechanisms, obstacles and impacts of the transition are treated at various levels: at the level of the individual players, e.g. enterprises (micro), at the global level of the community of states (macro), and with reference to regions, urban systems or infrastructures (meso).

The International Council on Mining and Metals (ICMM) said in March it was working on new standards with the U.N. Environment Programme (UNEP) and ethical investors’ body the Principles for Responsible Investment (PRI).

Mining firms also say they are addressing the issue. BHP has set up a tailings task force after a dam owned by its Samarco venture with Vale burst in 2015.

Bruno Oberle said the ICMM had picked someone outside the industry to oversee the initiative.

“The major difference between this and previous reviews is its independence,” he said, adding that he was appointed to chair the review with the backing of the ICMM, UNEP and PRI.

He said the issue required a broad approach, with thousands of dams across the world and no comprehensive database.

Oberle said he would draw on information from the biggest miners, which have started publishing information about their dams in response to calls from ethical investors.

He said he would begin with research, starting at Brumadinho and involving meeting communities living near tailings facilities and evaluating best practices. This would be followed by consultations with various stakeholders, he said.

Oberle said he would then draw up standards to be published together with a report early in 2020.

“This review will not just set an international standard for tailings storage facilities but I will also consider the governance of the standard, how to encourage its adoption by industry and ongoing compliance,” he said.

The new requirements will become mandatory for the 26 members of the ICMM, which include miners such as BHP, Anglo American, Rio Tinto, Glencore and Vale.