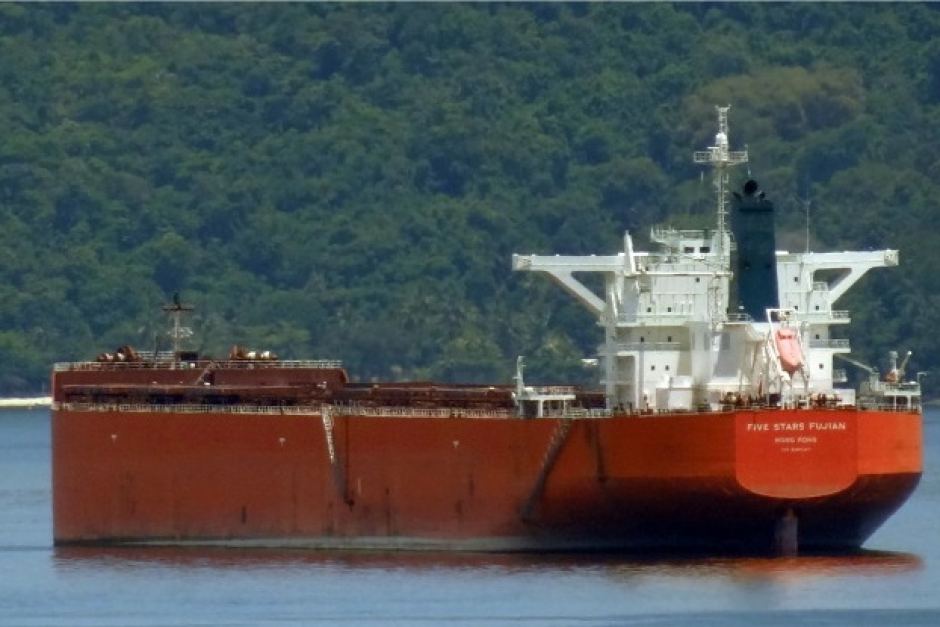 A group of workers have been stranded at sea on a coal ship with no food or pay after the owners abandoned them off the central Queensland coast, according to the International Transport Workers’ Federation (ITF).

The Five Stars Fujian coal ship, which is currently holding about $40 million worth of coal, was detained off the Port of Gladstone last month due to a dispute over wages, conditions and fuel supplies.

The ship, with 20 Chinese national on board who haven’t been paid in months, has been stranded off the port since July 19 with food supplies diminishing.

The ITF’s Matt Purcell told ABC News attempts to contact the ship’s Chinese owners, Fujian Shipping, had not been successful.

“For the owners to abandon their crew, virtually leaving them for dead, is beyond shocking,” Mr Purcell said.

Ports Minister Mark Bailey said ensuring the welfare of local and visiting seafarers is the right thing to do.

“I commend Gladstone Ports Corporation for their prompt response to provide support and assistance to ensure the welfare of the crew of the bulk carrier, Five Stars Fujian,” Mr Bailey said.

“The port has also organised for the pilot transfer helicopter to provide interim food supplies to the vessel yesterday while AMSA secures a charter vessel to transport more significant amounts of additional food to the vessel’s crew,” he said.

“Gladstone Port Corporation will continue to work together with AMSA, Maritime Safety Queensland, the Gladstone Mission to Seafarers and other relevant authorities and organisations to provide support and assistance wherever it can to ensure the welfare of the crew.”

Mr Bailey condemned the heartless and inhumane disregard for the welfare of crew members by the ship owners.

“No seafarer should be abandoned by the employer on the other side of the globe, let alone be left without basic provisions. It’s shameful and disrespectful behaviour,” he said.

The vessel was loaded at the Port of Hay Point, south of Mackay.