AMSJ » Compliant State: Is there a link between FIFO and suicide 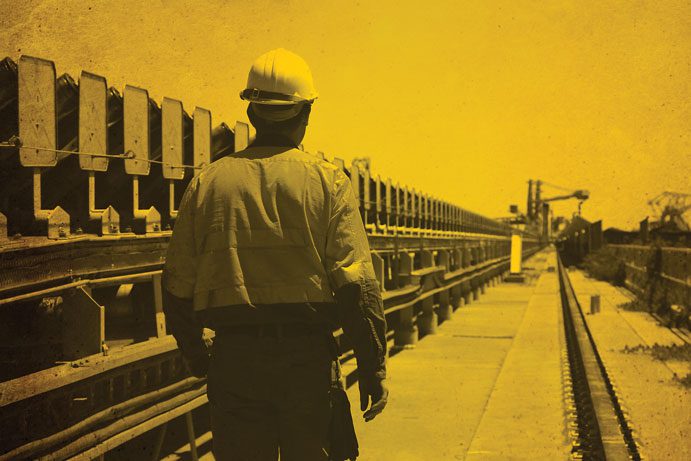 Suicide in ‘fly in fly out’ (FIFO) mining has been frequently discussed recently in the media. one article purported that nine suicides were linked to Western Australian (WA) FIFO mining within a 12-month period. Within the industry, a suicide, or an attempted suicide by any person has a profound effect on the individual, their family, the workforce and the community at large.

FIFO workers have an increased risk of suffering from a mental illness as the mining sector primarily employs people in the gender and age range most susceptible to mental illness, particularly those described as ‘affective disorders’ (including depression). In FIFO mining, 20 to 44 year old males make up roughly 65 percent of the workforce and in Australia, suicide is the leading cause of death for males in this age category. Evidence suggests that a link between mental illness and suicide exists as it is estimated that up to 90 percent of people who commit suicide are suffering with a mental illness at the time of their death. This means that mining (along with industries such as construction) predominantly employs individual workers in the gender and age range most at risk of committing suicide. It intuitively follows that mining could reasonably expect to have higher suicide rates than the rest of the population (along with industries such as construction). However, research into specifically the mental health of the FIFO workforce is recognised as lacking.

A study found that nearly one in four people felt depression was a sign of personal weakness and would not employ a person with depression.

REPORT HIGHLIGHTS
The Report highlighted key concerns relating to the issue of suicide in FIFO mining including:

REPORTING ACCURACY
A chief concern of the Committee was the lack of accurate reporting relating to the number of people in FIFO mining who have either committed suicide or attempted suicide. Despite numerous media reports of a number of suicides in FIFO mining in recent times, the actual number of people who have committed (or attempted) suicide whilst working on a FIFO mine, or that committed suicide as a result of workplace stress attributed to a mine, is much harder to quantify. This is by no means the fault of the mining companies, but due in part to the way in which data is collected and reported. Hypothetically speaking, if a worker on a FIFO mine went home on his/her off swing to Perth and died suddenly from unnatural causes (such as those that the police suspect as being a possible suicide), then the death would not be investigated by the Department of Mines and Petroleum, but by the Police and the Coroner. The Coroner is a judicial officer who must be advised when a person dies from apparently unnatural causes, or in a situation where the cause of death is not known. Once a report of death is received, usually from the police, the Coroner has legal control over the body of the deceased person, and must then establish:

It is unlikely that any report linking the death to a FIFO mine would be communicated from the Coroner to the Department of Mines and Petroleum, or indeed that a possible suicide had occurred. The reason being that until an investigation has occurred, the Coroner is not positioned to draw a reasonable conclusion or pass comment on the cause of the death. In practice, following the coronial inquiry, the most likely cause of death is then given by the Coroner. This cause of death may or may not be considered to be a suicide. Further, this means that a suicide by a worker on a FIFO mine that was a contributing factor related to the death, is unlikely to be reported as such.

Dr Jacobs (Chairman of the Committee) said that of the nine  alleged FIFO-related suicides that occurred over a 12 month period in WA, the inquiry was only able to gather data on five of these deaths. Improvements in reporting is likely to be a recommendation from the Committee in the final report, with the Committee’s preferred view being that any death thought to be connected to a mining operation be reported through to the Department of Mines and Petroleum.

Section 11(1) of the Mines Safety and Inspection Act 1994 (MSI) places a general duty on every person working on a mine to report any potentially serious occurrence that arises in the course of or in connection with that person’s work, as well as any situation they believe could constitute a hazard to any individual. If an incident, such as attempted suicide or a death occurred in the workplace, it is highly likely that a report would be produced. However, the difficulty occurs when reporting the death of a worker that occurs away from the workplace. In this situation, the death may or may not be connected to the workplace, but without the understanding of whether it is or not, it is more likely not to be reported.

SOCIAL ISOLATION
The Report identifies two issues linked to social isolation that require consideration. These are the:

In FIFO mining, 20 to 44 year old males make up roughly 65 percent of the workforce and in Australia, suicide is the leading cause of death for males in this age category.

When people work in FIFO mining, contacting family or professional health providers is difficult but not impossible. Mining companies are working hard to address this issue; for example, providing access to external assistance programs (EAP) that offer 24/7 support initially by telephone, then free counselling face-to-face. Other resources being introduced to the workplace include internal policies that work to create a supportive workplace culture for workers facing mental issues; training for managers to recognise and assist those affected by mental illness; and the provision of trained health care professionals offering psycho-social care for those with mental illnesses. Some mines have offered an onsite chaplaincy service for workers to access if that is their preference.

SOCIAL STIGMA
The Mental Health Commission of WA has reported that three out of four people with a mental illness have stated that they have experienced stigma. Stigma is a mark of disgrace that sets a person apart. When a person is labelled by their illness they are seen as part of a stereotyped group. Negative attitudes create prejudice which leads to negative actions and discrimination.

There is a lack of high level studies directed at addressing this issue, however further general research has been conducted in an effort to analyse the accessibility of mental health services in rural communities, which may also be applicable to FIFO mining. A common problem is that having a psychological injury, or suffering from a mental illness is often stigmatised in rural communities. A study found that nearly one in four people felt depression was a sign of personal weakness and would not employ a person with depression. It has been reported that a perception exists that self-reliance is the key to successfully managing a mental illness. This, in turn, may contribute to the reluctance of an individual to then seek help in managing their illness. Proactive training of workers and engagement with organisations that assist those people suffering from a mental illness may assist in improving this issue.

THE DUTY OF CARE TO PREVENT WORKPLACE FACTORS LINKED TO SUICIDE
The World Health Organisation suggests that worker suicide is a result of complex interaction between individual vulnerabilities and work-related environmental factors that trigger stress reactions and contribute to poor mental well-being. Employers have a responsibility to provide a safe and healthy workplace, including managing psychosocial stressors.

Health and Safety in WA FIFO mining is governed principally by the MSI. The MSI aims to:

To meet these aims, the MSI imposes a general duty of care on employers (as section 9). This duty is to provide and maintain a workplace in which employees are not exposed to hazards, as well as to ensure that these hazards are managed so far as is practicable. ‘Practicable’ means ‘reasonably practicable’, which is expressed as:

Employers are required to identify a means of removing or mitigating potential injury or harm to health of employees, including consideration of the availability, suitability and cost of the removal or mitigation. ‘Reasonably practicable’ qualifies the general duty to be a test and is often referred to as the standard of conduct expected of an employer. This serves to act as a measure as to how far an employer should go when addressing a hazard. The terms ‘health’ and ‘safety’ are neither defined nor constrained in the MSI.  However, when the Courts have previously considered ‘safe and without risk to [the] health,’ the terms were found to be ‘a compendious phrase to cover all risks both of direct physical injury or subsequent illness, infection, disease or significant physical or mental handicap or disability caused or shown to be a likely cause of the conditions of the workplace’. It is accepted that the duty to manage hazards to health extends to the inclusion of seeking, identifying and managing hazards in the workplace that are linked to a detrimental effect on psychological health (and therefore, in turn, working to prevent suicides).

STRATEGIES CURRENTLY IN USE TO ADDRESS MENTAL ILLNESS CONCERNS IN FIFO MINING
Strategies currently in use on mines include:

Lifeline’s 24-hour crisis telephone line can be contacted on 13 11 14 if you feel that you need to talk to someone.

Disclaimer: The views expressed in this article do not constitute legal advice or a legal opinion and are those of the author’s and are not those of Herbert Smith Freehills. 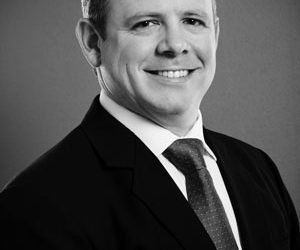 Further source material and references can be found on the webite: www.amsj.com.au