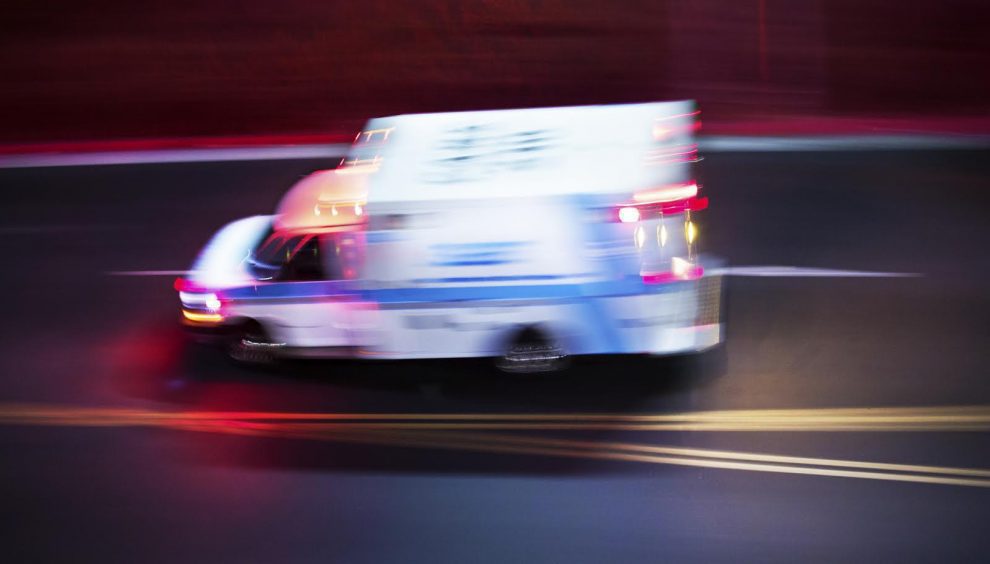 A devastating crash between a car and a bus carrying mine workers in Western Australia’s Goldfields has resulted in the death of a mother, her two small children and her baby boy.

According to the ABC, the accident happened around 7 pm Sunday night on the Goldfields Highway between Kalgoorlie and Kambalda.

None of the mine workers on the bus were seriously injured however the ABC reports that four were taken to Kalgoorlie Regional Hospital.

Heavy rain was recorded in the area just hours before the accident with Main Roads issuing a wet weather warning on Sunday afternoon for roads between Kalgoorlie and Esperance.

“We still have to obviously positively identify the people that have died and we also still need to contact the next of kin,” he said.

The acting superintendent said “it would have been dark, the road wet and the crash occurred on a bend on the notoriously dangerous highway in a 110km/h zone.”

“We’re still trying to work out exactly what’s taken place but the vehicles have collided head-on … and it appears one of the vehicles has gone to the incorrect side of the road and the collision has occurred,” Supt Wilde told 6PR Radio.

“It was an horrific crash and certainly we’re working with local police and we’ll be working with the local community through this extremely difficult time.”

Police Minister John Day described the crash as an “absolute tragedy” and said it was a reminder that cars could be deadly.

“People do need to realise that when they get behind the wheel of a car, they are driving something that potentially is a lethal weapon,” he said.

“I certainly extend my condolences and our thoughts are certainly with the family of those who were tragically killed.”