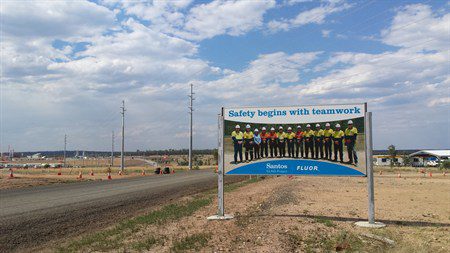 A coronial inquest into the death of a man at a Santos drilling site in Queensland has been told that the industry has gone back to the “dark old days”.

Justin Smith, former drill rig manager of contracting company, AJ Lucas, told the inquest on Tuesday that he had been given the title of Safety Manager prior to the incident but had not received any training for the role.

He told the inquest he had not been informed by his employee of what his additional safety responsibilities were.

The inquest is looking into the events that led to the death of Cameron Brandt Cole in August 2009. The Lockyer Valley man was killed after being hit by a pipe rack weighing close to two tonne that fell from a semi-trailer.

The incident occurred at a Santos drilling site about 51km east of Injune.

As reported in The Chronicle, Mr Smith told the inquest that in his opinion “the industry had not learnt from Mr Cole’s death.”

“You basically now have 24 hours to move a drilling rig,” Mr Cole said.

“It is a time restraint that is very unrealistic.”

“The industry has gone back to the dark old days and someone is going to get seriously hurt.”