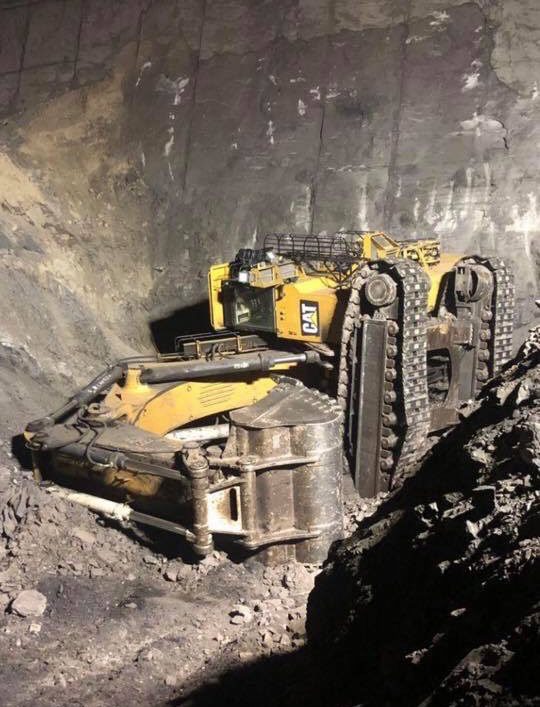 Digger falls off bench. We have received an unconfirmed report that a BMA Caterpillar digger fell off a 6 metre bench at BMA’s Caval Ridge mine 17 km south of Moranbah.

The incident reportedly occurred last week on a day shift and involved a Cat 6040 Hydraulic Shovel. The operator is believed to be OK. Initial reports indicate that the operator may have undermined the bench at full reach.

A briefing note has not been released at this stage from the Queensland Mines Inspectorate however an incident investigation is believed to be underway by BMA and the mines inspectorate.

Other unconfirmed reports have indicated that, in another incident a Hitachi EX5600 Digger at Saraji mine in the last month.

Across the Australian mining industry a range of safety incidents occurred last week with two incidents at the Whitehaven Maule’s Creek Mine occurring on Friday and Saturday.

Worksafe Victoria’s safety head, Julie Nielsen said busy workloads and tight deadlines that often occurred at this time of year were no excuse for workplaces to cut corners on safety. We are clearly entering a dangerous time of year.

“Workplace health and safety is the responsibility of everyone, and as holidays approach it is essential employers and workers take the time to slow down and not rush to get things done,” Ms Nielsen said.

Read more incidents at Caval Ridge where a FIFO worker was denied compensation after workmate death back in 2015.

Read more on the Maule’s Creek Incident involving a collision and a fire.