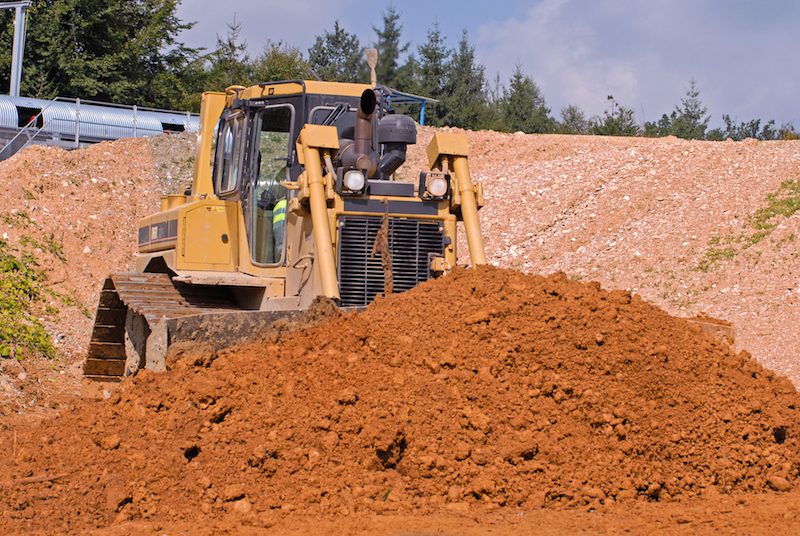 Rio’s QAL has confirmed a serious dozer incident occurred at its’ Gladstone operations in early December. The incident involved a contracted Caterpillar D6 Dozer that was transversing an internal residue disposal area wall. During the traverse, the internal dam wall collapsed, and the dozer was inundated with residue from the containment area and, was extensively damaged. The operator sustained minimal injuries.

According to QAL, the activities being undertaken were believed to be routine, and the subsequent risks to plant, personnel and environment were not routinely re-assessed due to the familiarity of the task.

AMSJ put some questions to QAL, regarding the dozer incident and their response is detailed below:

Q1. Can you describe the details of the incident? When & where?

At approximately 9 am on Monday 3 December a dozer that was operating at Queensland Alumina Limited (QAL)’s Residue Disposal Area (RDA) slipped into the RDA when the internal dividing wall it was working on collapsed. The operator was conducting what was thought to be routine works at the time of the wall collapse and was able to exit the vehicle.

Q2. What (if any) environmental damage occurred as a result of the incident?

Being an internal wall collapse there was no risk of loss of containment or threats to the safety of the surrounding community or environment.

Q3. We understand that a Caterpillar D6 Dozer was extensively damaged during the traversing of the wall during the collapse. How much damage did occur to the Dozer? Was it QAL owned or contractor? who was the contract company? How much experience did the operator have?

The D6 Dozer is owned by McCosker Contracting and was part of the fleet used at the QAL RDA for mud farming. The person involved was an experienced operator.

Because the task was thought to be routine, the risk associated with the instability of the temporary internal wall was not considered to be a risk. Following the incident, works to the internal walls of the RDA have been restricted to allow for the implementation of learnings from the investigation process. The process of implementing investigation outcomes has commenced with a number of these actions already completed.

Q5. Did the operator come in contact with chemicals? Were they hospitalised as a result of the exposure to chemicals?

The operator was treated at QAL’s Medical Centre for minor eye irritation and has made a full recovery.

Q6. Had the ICAMM been completed?

A full investigation, that involved both internal and external technical experts, has been completed. There were a number of recommendations about the control and management of internal dam walls made, many of which have already been actioned. The remainder are being implemented systematically and as a priority.

Q7. What are the learnings for the wider industry in relation to this event?

Mining and industry environments present many hazards that are complex in nature. Risk management systems must include an assessment of hazards that can be normalised over time.

Q8. Any other statements about the event?

The health and safety of any person working at QAL is our first and most important priority. We treat any incident as serious and have undertaken a full and thorough investigation, the actions of which will ensure the elimination of internal dam walls hazards.

According to the contractor’s website, McCosker Contracting has a long-standing

McCosker Contracting’s operations include the supply of Amphibious Scrollers – designed and built by McCosker – and modified LGP Bulldozers, operation/training and maintenance of amphibious excavators.

Industry sources say the “Dozer involved in the incident is likely irreparable and may be the subject of an insurance related claim.”

This incident and several other recent catastrophic events have highlighted that complacency with known hazards or operating conditions can result in disastrous consequences. Operator familiarity with risk is an increasing issue across Australian mining and downstream operations.

One former site safety manager told AMSJ “People often can’t see the wood for the trees when it comes to familiar risks!  They’ve assessed the risk twenty times over the past five years and each time they regurgitate an old risk assessment that they previously did. It’s this level of complacency that creates fatalities.”

AMSJ would like to express our thank to QAL for their candidate approach to openly sharing the dozer incident information with the broader industry.

Image: For illustration purposes only 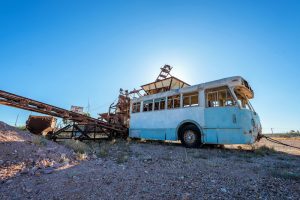 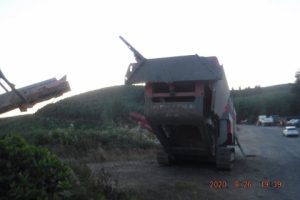 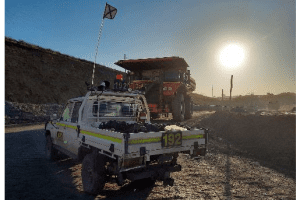