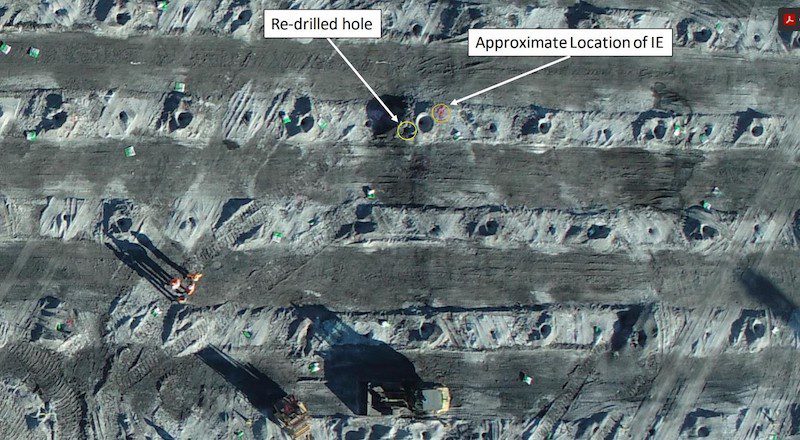 A dangerous incident at an open cut coal mine has been reported to the NSW Resources Regulator. A drill rig trammed to a demarcated shot hole to re-drill it.  The drill operator accessed the loaded shot without authorisation of the nominated shotfirer and without the guidance of a spotter. The operator was unaware that he was drilling inside the demarcated area. A booster and detonator were on the cuttings of the original drill hole about two to three metres from the operating drill. The mine has a procedure in place for re-drilling, but the rig operator failed to follow the procedure.

The Regulator said: “Section 28 of the Work Health and Safety Act 2011 prescribes the duties of workers. Workers must care for their own health and safety and that of others and cooperate with any reasonable policy or procedure.”

“Where a procedure exists for a particular task, workers should follow the procedure.”

READ RELATED Person at risk from flyrock at quarry

The NSW Resources Regulator has released investigation information regarding a dangerous blasting incident at a hard rock quarry. A worker was inside the exclusion zone when a blast was initiated at the Cootamundra Quarry. The worker did not suffer any physical injury but experienced trauma as a result of being exposed to the blast and flyrock.

The quarry notified the Tegra worker as the concrete plant is within the quarry’s defined blast exclusion zone.

Prior to the scheduled 1pm blast, the Tegra worker left the concrete plant and travelled into Cootamundra. He returned to the concrete plant about 1:30pm and assumed that the blast had been completed as planned at 1pm. Unbeknown to him the blast had been delayed until after 2pm because of issues associated with readying the shot for ignition. The Tegra worker travelled down to a standpipe located at the bottom of a ramp into the water-filled pit to fill the agitator on his truck.

At about 2:15pm, while filling the agitator, the Tegra worker felt a rush of air and sheltered behind the truck for protection as the blast was initiated and flyrock landed around him. When the flyrock stopped falling the worker turned off the pump and drove the truck out of the quarry to the concrete plant and Milbrae office where he reported the incident.

The Tegra worker was approximately 347 metres from the blast when the shot was fired.